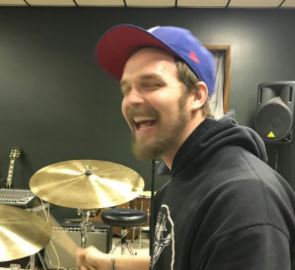 The Alabama Shakes drummer, Steven William Johnson faced child abuse charges, in March 2021. He was accused of “willful torture, willful abuse and cruelly beating or otherwise willfully maltreating a child under the age of 18.”

So, what happened? Keep reading this Steven William Johnson wiki to learn more about it, and also unveil his life’s history as you move along.

As per the Limestone County Sheriff in Alabama, Steven William Johnson was arrested on Wednesday, 24 March 2021 on charges of child abuse and for violating a domestic violence protection order. However, the police department didn’t disclose any information on the violated protection order.

The drummer was taken to Limestone County Jail with a bail set at $21,500. He was to be arraigned on the charges on April 7th that year.

The alleged “child abuse” arrest in 2021 was Steven’s second arrest within 2 years. Previously, he was arrested in September 2019 for violating a domestic violence protection order against his now-former wife in Limestone County — he was pled guilty in March 2020.

His former wife then accused the drummer of “threatening, harassing, stalking and choking her” following their 2018 divorce, after three-and-a-half years of marriage. Moreover, she called him “mentally unstable”, and claimed that he was mad because of the divorce.

Also, Steven William Johnson and his ex-wife share multiple kids. They welcomed a son in 2014.

After the divorce, Steven started dating Amber Parvin on September 11, 2020.

Steven William Johnson inherits his drumming skill from his father Dave Johnson who was also a drummer for the rock band New Horizons. He even majored in music from the University of South Florida and taught his son a few skills back when Steven was in seventh grade. A proud dad, Dave was one of the 50,000+ fans while Alabama Shakes performed at the marquee music festival Coachella.

As for Steven’s mother, Shirley Johnson is as supportive and as proud as Dave was about Steven. She is a Northwest Alabama State Technical College Barber/Stylist alumna, who worked as Sr. Health Physics Technician at Tennessee Valley Authority.

Steven’s parents might be over a foot apart in height, but they were inseparable in love. They were married for over 37 years as of 2021. Also, they have been ideal parents to Steven — from buying drumming-related gifts for Christmases and birthdays, to attend their son’s first performance, the parents were always there.

Talking more about his family, Steven has an elder and a younger sister named Elizabeth Lisa Sarnowski and Anita Wrightington. Both his siblings were involved in the corporate world.

Trivia: Steven’s family moved from Ohio to Athens in 2002 after Dave accepted a job at Browns Ferry Nuclear Plant.

Corresponding to his birthday, Steven is of the Aries zodiac.

Steven William Johnson garnered a net worth of under $750 thousand by 2021.

Playing drums since 10th grade, Steven soon started playing in a succession of bands over the years. He has played for a few punk bands, a covers band called Incognito, and later focused more on the rock genre.

Apart from music, Steven was interred in football ever since high school. He was also involved with a local Ohio football team where he played offensive and defensive lineman.

According to Steven’s fatheer, he came home one day and said, “I’m not going to play football this year”. In surprise and a little disappointment, he asked “Are you going to do something else?”. To which, Steven replied, “I’m going to play the drums.”