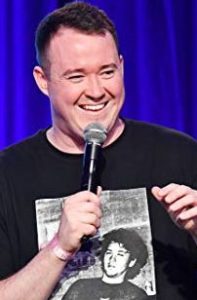 Circa 2016, Shane rose to the national spotlight after winning the “Philly’s Funniest” prize at Helium Comedy Club.

Of all his accomplishments in the stand-up circuit, none stand out more than his 2019 feature at the “Up Next comic” at Comedy Central’s Cluster Fest.

Also in 2019, Shane was one of the faces for the “Just For Laughs” comedy festival in Montreal.

According to the biography section of his official website, Shane Gillis calls New York his hometown.

A relative newcomer, Shane doesn’t own a Wikipedia page, dedicated solely to his. Therefore, details about his upbringing and family – parents & siblings included – are difficult to locate.

About his age: Going by how he looks alone, Shane can’t be more than 35.

In early-September 2019, Shane Gillis sprung to international fame after SNL announced his addition – alongside two other comedians – to its roster. The rest were comics Bowen Yang and Chloe Fineman.

Initially greeted by congratulatory messages, Shane received backlash for his homophobic and racist remarks. The outage against him stemmed after the resurfacing of a 2018 YouTube clip where he makes derogatory comments about Chinese people.

Excerpted from the “Matt and Shane’s Secret Podcast,” the said video went viral and later got deleted.

Following a social media outcry to fire him from SNL, Shane issued an apology via Twitter. He justified his remarks by arguing that he was merely “pushing boundaries.”

Via a statement, a spokesperson for the show pointed the comic’s “impressive audition” as the sole basis for his hiring. According to the press release, nobody at SNL knew about Shane’s racist past.

Acknowledging its incompetence, SNL apologized for not doing a thorough background check on Shane.

Reacting to the news, Shane took to Twitter and lamented on what could’ve been the biggest boost to his career. Nonetheless, he thanked SNL for the opportunity.

By September 2019, Shane Gillis had spent ten years doing stand-up comedy. Rest assured, none of his other indulgences – which also includes relationship aspect – took precedence over his career during the time.

Either that or Shane is very precarious of exposing his girlfriend/wife to the world. The fact that he doesn’t shed light on his married/dating life through social media is very telling.