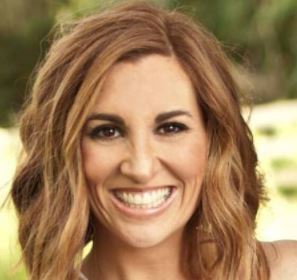 Sarah Miller is the host of Netflix’s new reality series, Marriage or Mortgage. While her co-host Nichole Holmes convinces the couples to invest their money in real estate, Sarah on the other hand persuades them to splurge on a grand dream wedding instead.

As a wedding planner, Sarah believes that “the memories one makes on their wedding day are priceless.” So, she strongly urged the participants to choose her side and go all out on a fabulous wedding.

So, who is this hopeless romantic who would choose a memory over a house? Learn all about her over this wiki.

Sarah Miller was in her late 30s or early 40s as she appeared on Marriage or Mortgage in 2021.

However, information on her birthday wasn’t shared. So, her zodiac remained a mystery as well.

Sarah Miller’s maiden name is “Sarah Fogarty”. She grew up in her hometown Atlanta, Georgia alongside her brother Joe Fogarty.

Little info about Joe: He lived in Indian Trail, North Carolina, and worked as a sales representative at Garden of Life (a nutrition supplement company). He attended George Walton Comprehensive High School, which could also be where Sarah went for her education.

Also, Sarah is an aunt. Her brother, Joe has three lovely kids with his wife Kristie Fogarty.

Talking more about her family, Sarah’s mother Sandra Ostrander Fogarty worked as an interior designer at Home Fashion Interiors (in Alpharetta) and lived in Roswell, Georgia. She and Sarah’s father have long separated. Later, Sandra remarried in 2017.

Trivia: Sarah owned two golden retrievers. The older one was named Bauer and often feature over her IG.

Find her on Pinterest @Southern Vine & Co with 332 followers.

The event planner and interior designer based out of Nashville TN, Sarah Miller flaunted a net worth of around $1 million in 2021.

As for her time in Marriage Or Mortgage, Sarah continued to take couples to dress fittings, cake tastings, and venues. Moreover, she allowed them to make their wedding dream come true according to their price-point.

Sarah Miller married her husband Chris Miller on September 25, 2010. Reportedly, she went all-out on her wedding as well. Recalling the day on their 8th marriage anniversary, Sarah took it to her IG with a long caption. A part of which wrote,

“We love, we fight, we get annoyed by each other, we have been humiliated and been through many buckets of tears trying to figure out life but this unit we have created and we cherish every day!”

As of 2021, the duo was going strong and shared two kids — a son, and a daughter — 7 and 4 years old respectively. Both of them were going to school then. Reportedly, the daughter Atley was in Kindergarten.

According to Sarah, being a mom is not easy as “she wore many hats”. So, she thanked her “mother and best friends” who taught her “so much along the way.”

Talking about her husband, Chris Miller is from Atlanta, Georgia, and attended the Life University — recognized nationally for its innovative chiropractic education program. In 2021, he lived in Nashville, Tennessee with Sarah and their two little kids.