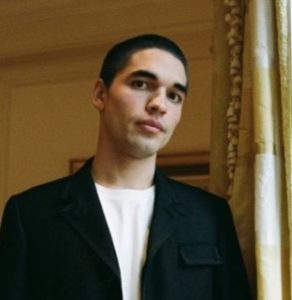 If 2019 could be named after anything, it probably would be “Game of Thrones.” While the hype it created might not have lived up to everyone’s expectations, the show nevertheless had many great moments–be it, Arya killing The Night King or Jon killing Daenerys or Arya going on a voyage to the west of Westeros. The point is many of those scenes involved Maisie Williams, the actress who played Arya Stark on the show.

Ever since Game of Thrones ended, people can’t seem to take Maisie out of their minds. Now is the perfect time to make some space for Maisie’s beau, Reuben Shelby, in your mind.

Businessman and designer Reuben Selby was born in 1997, in the same year his girlfriend Maisie was born. As of September 2020, Reuben’s age is 23.

Ever since his birth, Reuben has been celebrating his birthday on the 9th of May. His zodiac sign is Taurus.

Reuben Selby’s hometown is in Brighton, England; his nationality is English. Reuben was raised in Brighton like his siblings by his parents.

Any information about his upbringing is yet to be revealed and so is the case with Reuben’s father identity details. Reuben’s mom’s name is Joely Frost.

Reuben grew up in a family of 6. Other than his parents, Reuben has three brothers in his family as siblings.

Reuben might be the popular Selby in the family, nonetheless, his brothers are nowhere far behind him in creativity. All three brothers, Nathaniel, Luke, and Theo are successful chefs. Luke even won the award of National Chef of the Year in 2018.

It might be Brighton’s atmosphere, Reuben’s skin looks crispy, and an overall body built is medium.

Though Reuben’s exact height measurements are not anywhere on the Internet, some guesses can be made based on Maisie’s height.

Since Maisie stands at a height of 5 feet 1 inch, Reuben Shelby is close to 5 feet 9 inches. Furthermore, Reuben has a weight of around 77 kilograms.

He is available on Instagram, where he has only uploaded a picture of his name, and it boasted a massive following of 33.1 thousand [as of Sept 2020]. He can be found on Twitter and Facebook as well.

For education, Reuben went to the Steyning Grammar School. He studied at Art and Design, Photograph, Physics, and Maths at The College of Richard Collyer.

Completing his formal education, Reuben Selby entered the job market as a work placement in Shine Communications. After that, he joined K-Swiss Global Brands as a brand ambassador in May 2015 and worked there for a little more than a year.

From January 2018 to July 2019, Reuben served as communications director in Daisie, an application founded by Maisie and her producer Dom Santry. Through Daisie, artists and creative people can build a network and community for nurturing interpersonal and professional collaboration.

Reuben serves as a co-founder of Cortex. Cortex is an agency developed for curating campaigns, editorials, and events for brands.

The biggest achievement of Reuben is his modeling agency, Contact. Reuben founded this agency and it serves as the platform for the coming generation of models. A few of them would be Frankie G and Aidarus Ahmed.

At such a young age, Reuben Selby went to do something beyond his age and derived a heavy fortune. By October 2020, his net worth is estimated to be around $1.5 million.

While it is not known when did Reuben Selby and Maisie begin dating, their romance rumors sparked after they attended Paris Fashion Week together in January 2019.

In the summer of 2019, the lovely pair even hit up Wimbledon together. And above anything, Reuben was Maisie’s date in her BFF and Game of Thrones co-star Sophie Turner’s wedding. 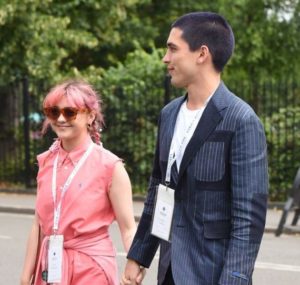 Reuben and Maisie go to Wimbledon together.

For the 2019 Emmy‘s, Reuben and JW Anderson created a custom-red carpet dress for Maisie. For making the perfect dress for Maisie, Reuben made almost 30 sketches for her to choose from, taking Maisie’s measurements and her style into consideration.

Even though Reuben and Maisie might have made quite a few appearances together already, their romance should be considered fairly low-key.

While it is still too early to guess if this spark will lead to engagement or a wedding, the pair are intelligent enough to make the best life-choices for their future.