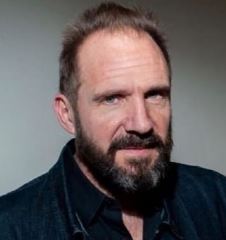 Ralph Fiennes starred in Netflix’s The Dig and suddenly his fans want to unravel details on his dating life among others. This article revolves around the life and other details related to his family and career. Scroll down this article to learn more about him!

Ralph Fiennes was born on 22 December 1962. He turned 58 years old while celebrating his birthday in December 2020.

Moreover, since Ralph is a Capricorn by zodiac sign, characteristics such as ambition, motivation, practicality, and being productive fall under his alley.

Ralph Fiennes was born to his father Mark Fiennes and mother Jennifer Anne Mary Alleyne (Lash) in his hometown of Ipswich, England. While his father worked as a photographer, his mother was a novelist and a painter by trade who spent the early years of her life in India.

The Harry Potter actor spent the first six years of his life living in Suffolk. His father had a farm outside Southwold, a stretch of coast. For Ralph, it is the best part of the world for him and pretty much his childhood.

Sadly, his mother passed away at the age of 55 when Ralph was 31 because of cancer. Because she was a high influence to him and his siblings, Ralph fondly talked about her in several interviews.

The Brit actor was born as the eldest of six children to his parents. Talking about his siblings, Martha Fiennes is a director, Magnus Fiennes a musician, Sophie Fiennes a producer, and Jacob Fiennes a conservationist, and Joseph Fiennes an actor. He also has an adopted brother named Michael.

Talking about the physical attributes of Ralph Fiennes, he stood tall at a height of 5 feet 11 inches (1.80 meters). Likewise, he weighed about 79 kilograms (174 lbs), proportionate body weight to his height.

Throughout Ralph’s career and being in the spotlight, he was never seen gaining weight excessively. He maintained his body weight and looked in a perfect shape as always.

With his career spanning over 30 years, Ralph Fiennes sits on a total net worth of $30 million.

Being born in a family filled with people closer to art, he also joined Chelsea College of Art to study painting. However, Ralph later decided to switch lanes on his career path and joined the Royal Academy of Dramatic Art (RADA) in 1985.

Moreover, Ralph initiated his career in theatre at Regent’s Park Open Airt Theatre and the National Theatre. Later on, he started working in the Royal Shakespeare Company.

More on his theatrical career in the Royal Shakespeare Company, Ralph starred as Romeo in Romeo and Juliet, landed the role of Trolius in Trolius and Cressida, Claudio in Much Ado About Nothing, and many more.

Some of his other on-stage appearances include Love’s Labour’s Lost, Ivanov, Richard II, The Talking Cure, Brand, Julius Caesar, The Tempest, The Master Builder, Richard III, and few others.

Along with an impressive career, he has also been celebrated with several accolades and awards. Ralph has got a Tony Award for Hamlet in 1995, the National Society of Film Critics Award, the British Independent Film Award, the BAFTA Award for best actor in supporting role, Teen Choice Award, among others.

Ralph Fiennes was married to his wife, Alex Kingston for 10 years. He and ER actress tied knots in 1993 but the relationship ended badly after Ralph wanted a way out of their “frustratingly childless” relationship.

By the time they stayed married for three years, Ralph Fiennes initiated his affair with Francesca Annis, 18 years his senior. Because of their irreconcilable marriage, he and his wife, Alex went on getting a divorce on 29th October 1997.

But for Alex, Ralph was always the love of her life. She couldn’t bear to see him on-screen and fled back to London to escape from his memory.

Following the divorce, Alex left Britain and left for Los Angeles. Because of her deep pain, she became suicidal and nearly cut her wrist. However, the actress met Florian Haertel who she met on a blind date set up by one of her friends.

In 1999, Alex and Ralph were spotted sharing the red carpet at the BAFTA Award.

Alex married Florian and had a daughter with him, Salome. Florian even sacrificed his career to stay at home with Salome while she left for work.

Ralph dated Francesca for 11 years and later had an affair with a Romanian singer. Though Ralph’s relation with Francesca could’ve been mended, they decided to part ways and ended their relationship in 2006.

One of his recent romances includes Ralph being spotted in Italy. He appeared happy and relaxed with his alleged girlfriend in the Italian city. The couple walked and talked while doing the sightseeing. Later that day, the rumored pair visited Egyptian Museum together. They were seen taking in the stunning artifacts at the museum that specialized in Egyptian archaeology and anthropology. However, the relationship between Ralph and his mystery girlfriend wasn’t confirmed.