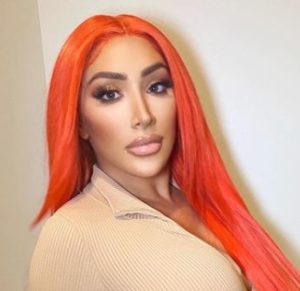 VH1‘s Love & Hip Hop: Hollywood, the third installment of the Love & Hip Hop franchise, follows the lives of people living in the Hollywood area, particularly those involved in the hip hop music scene.

Nikki Mudarris has been a part of the show since its inaugural season. In long years of her appearance, Nikki has several times made it into the breaking news, sometimes by coming out as bisexual and other times with her relationship mishaps.

But, none of them was as monumental as the romance rumors with Jersey Shore‘s star Vinny Guadagnino after they were spotted having dinner together on Sunday night, 22nd November 2020.

This article explores the biography of Nikki. From her general wikis to net worth and personal life–the article has it all.

Nikki, born Nicole Bediah Mudarris, turned 30 years old as she celebrated her 30th birthday with her friends and her family on June 28, 2020. Going by her birthdate, her zodiac sign is Cancer.

Nikki Mudarris was born to wealthy parents in Los Angeles, California, the United States, and grew up surrounded by glamour in the Hollywood hills.

Her ethnicity is mixed. Nikki’s father Abu, also known as “Godfather of Burlesque”, is Italian- Lebanese whereas her mother Michelle is French-Moroccan.

Nikki grew up with her siblings by her side. The 30-year-old unfortunately lost her brother, Anthony Omar Mudarris, to drug abuse in 2015. Nikki talked about her brother’s demise in season 3 of Love & Hip Hop: Hollywood. Furthermore, Nikki also has a sister named Monique.

Every person has the right to look beautiful with any means possible, and it’s safe to say that Nikki made the best use of her right.

Nikki Mudarris has had surgery for her boobs, butt, nose, and whatnot. She even showed some pre-surgery and post-surgery pictures of her in the first season of Love & Hip Hop: Hollywood which shook many viewers of the show. 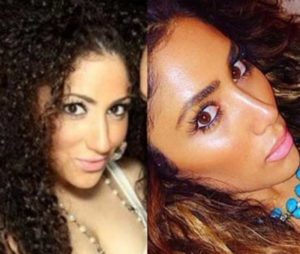 Nikki reportedly also has super smooth skin. Since her facial skin is too smooth to be true, many fans have questioned her if she has had any medical thing for her skin. As an answer to some of her fans’ inquiries, Nikki even came on Instagram live with no makeup on and flaunted her flawless skin.

Nikki is very much active on her socials and has a massive social media reach. She can be found on Twitter and Instagram.

By Nov 2020, Nikki had 3.5 million followers on her Instagram handle. Whereas her Twitter handle boasted a massive 340.8 thousand followers.

Nikki has been a part of Love & Hip Hop: Hollywood ever since the VH1‘s controversial show premiered on September 15, 2014. While she was a supporting cast member for the first two seasons, she appeared in the main role in the rest of the seasons.

As a reality TV star, Nikki has also appeared in Love & Hip Hop Atlanta: After Party Live!, Leave It to Stevie, Love & Hip Hop Live: The Wedding, among others.

Nikki also manages her family’s Hollywood and Las Vegas strip clubs and is an heiress to the property.

Furthermore, she is also a lingerie designer and launched her lingerie line called Nude By Nikki in 2015.

Multifaceted Nikki Mudarris has made huge money from her career as a reality TV star, club manager, and businesswoman. As of 2020, her net worth is reported to be around $2 million.

Coming to Nikki Mudarris’s personal life, she has had a handful of boyfriends and girlfriends over time. Her first public relationship was with Mally Mall, a Brazilian-Egyptian rapper and record producer. The pair parted ways after Mally was caught cheating on her with Masika Kalysha, the video vixen, which later ignited a feud between Nikki and Masika.

Later on, the club manager went on to date Lil’ Fuzz for a short time which is explored in the second of the show.

In the third season of the show, the main subject was Nikki’s bisexuality and her relationships with urban model Rosa Acosta and rapper Safaree Samuels.

Nikki is also believed to have dated Solo Lucci, Quavo, Cisco Rosado, Joseline Hernandez, at different time throughout the entirety of the show. 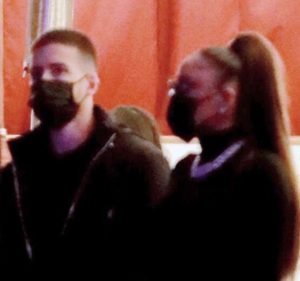 In late-2020, Nikki made headlines after she was spotted having dinner with the Jersey Shore star Vinny Guadagnino at Matsuhisa, Beverly Hills, on Sunday night November 22.

Although the pair tried to hide their identity by wearing masks, they failed on their attempt as the paparazzi spotted them while they were exiting the restaurant.

Nikki rocked a turtleneck top with a diamond necklace, while Vinny wore a dark jacket with white Nike shoes in what is rumored to be their date night.

0 Replies to “Nikki Mudarris Wiki: Boyfriends, Before Surgery, Net Worth”