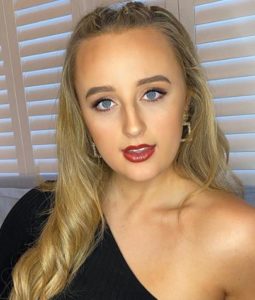 Actor, model and, dancer Maura Dore becomes one of the twelve strangers taking on a challenge in The Bridge to build an 850-ft bridge to get her hand on a £100,000 cash prize.

The show is back for a 2020 round, designed to test its participants’ talents, teamwork, and tenacity, as they bid to win a life-changing sum of money.

And in the writing below is everything you need to know about Maura Dore, the youngest contestant in the show, who describes herself as “extremely competitive”.

Amid the release of the Channel 4 series in 2020, several media outlets confirmed, Maura Dore had turned 20 years of age.

Back on 3rd January in 2019, she raised a toast to her last years in teens.

And now, judging from her birth date, one can say that her zodiac sign is Capricorn.

Maura Dore comes from her hometown in County Kildare, Ireland. And she traveled all over places including obviously her homeland i.e. Ireland and Turkey until the side effect of the COVID-19 pandemic brought her home to her parents.

Actually, she lost her job when COVID-19 spread throughout the globe.

Regarding her lesser-known early life, Maura had mentioned about having a privileged upbringing.

A look over her Instagram tells she has two siblings, looking so much alike.

Maura had a few thousands of followers on her Instagram as she started on her reality television journey. Judging from her getting-bigger fame there is no doubt she would have many people looking up to her by the time her tenure at The Bridge comes to an end.

Maura is also active on Facebook, where, in the bio, she mentions working with the TUI entertainment team since May in 2019. For now, we were unable to discover her Twitter profile, in case she had one.

After Maura Dore lost her job, of probably a Hotel entertainer, she decided to make use of her new free time. And so took on the ultimate challenge in The Bridge 2020.

The brand new show is drafted in a five-part series format and is narrated by Hollywood star James McAvoy. 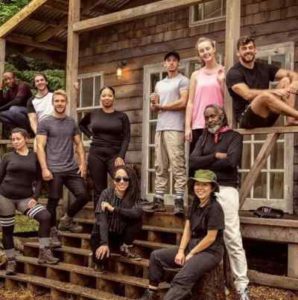 Maura and the other contestants, strangers will live together in the countryside as they perform tasks of building an 850ft bridge by hand.

Also, Maura who pursued herself as a fitness instructor relocated to London as a 16-year-old to attend drama school. Teaching herself basic life skills like washing and cooking with the help of YouTube, she eventually adapted to living alone and away from home.

Many may not know this about her; at the age of 8, she was on the Irish National Tennis team. Surely, she is a well fit for the competitive The Bridge, airing on Channel 4 from 11 October 2020.

Since Maura Dore is a newcomer in the showbiz, it is too soon for the media sources to pull in every intel on her in regards to her dating history.

Maybe whilst her stay on the show, she may reveal the scoops on it herself. Or the fans might get lucky and get to witness her get closer to her co-stars (well, only if the draft of the show allows it). And also, if she already does not have a boyfriend outside of the show.

Going through her Instagram one can say Maura is very outgoing. Having fun seems to be the very goal of her existence.

She shares online the fun moments she lived with her friends and there is this guy who features more than often on her wall, as compared to her other companions. His name is Oliver Clements and he is 19 years old according to his Instagram bio. Also, he introduces himself as a dancer on P&O Britannia. 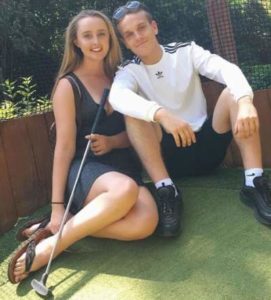 Although, Maura, as we write this, Maura did not appear on his online gallery as much as he did on hers.

All been said, it still cannot be concluded that Maura is dating the dancer guy.