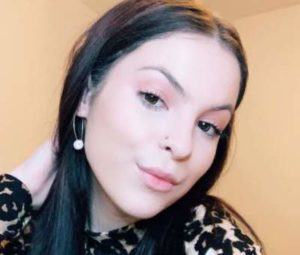 Lilly Bennett, who was featured in Season 1 of TLC’s Unexpected, was back again for the docuseries’ fourth season in December 2020. A lot happened to her in those years. With a new baby and of course, the new baby daddy, in life, Lilly had so much to share with her audience.

Here’s everything you need to know, about your favorite young mom.

Her parents Kim and Brett Bennett have kind of stayed aloof from the media and public eyes. But we know, her mother supported her when she was a teen mom dealing probably with the unexpected pregnancy.

In the family, Lilly also has two siblings, Thomas and Juliana.

Also, the fans were not aware of her educational background. She and her baby daddy #1 indeed attended the same high school, but no one knew if its the same one her now-partner Lawrence attended (the Riverhead Senior High School). Both Lilly and Lawrence are from the same hometown.

Lilly Bennett stands to a height of 5′ 6″ and a lately reported weight of 62 Kg or 137lbs. Lilly is really remembered for her fairest tone of porcelain skin. She has dimples forming on her cheeks when she smiles and long hair with soft curls.

On Instagram, where she posted every intel from her pregnancy and motherhood, she had 136k followers and 415 posts (until late-December 2020). Even her Facebook page appeared the same, only it did not have that many followers.

Lilly Bennett either applied or was selected to be on TLC Unexpected because she met the basic criterion of the reality TV show encircling the surprise pregnancies of teenage moms-to-be. As promised, the show is about Lilly and her interactions with her partner and family as she deals with her pregnancy.

Asides from the two seasons job on Unexpected, she is a stay-home mother.

At the time, although the figures on the net worth Lilly had accumulated (as of 2020) remained unknown, it is estimated the paychecks of Lilly and other young moms (Tyra Boisseau, Mckayla Adkins) in the show possibly ranged from $1,000 an episode, much like 90 Day Fiance, to tens of thousands, like the Busbys on OutDaughtered.

Lilly Bennett had her first baby on September 4, 2017, and named her Aaliyah Rose Kennedy after the baby daddy James Kennedy.

After dating for only a couple of months in high school, the young parents had welcomed their Aaliyah. Lilly was only 16 at the time and had her own mother for support.

Meanwhile, for some reason, Lilly and James did not last as a couple.

In a 2017 interview with Newsday, Lilly had spoken how she and James Kennedy, had gotten into a car crash early in her pregnancy and only two weeks after they bought their car. This is her talking about the narrow-escape:

“I thought I lost the baby,” the then-17-year-old said. We were going to pick up my cousin, my baby’s godmother, when we had a head-on [collision] with a big truck, right in front of the meeting house in Aquebogue [N.Y.]. The way it happened, we maybe even should have been dead. And I knew God was protecting this baby. Something was there. Something really saved us.”

Now, years later, while Lilly moved on with her life with her boyfriend Lawrence Charles Bishop III, we had no clue what James was unto. All we could gather was he mostly kept away from the media glare and did not have much going on in the way of social media.

Be that as it may, he appeared to be a doting father to Aaliyah. 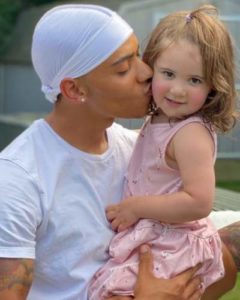 During 2020’s Father’s Day, as he put an adorable snap with his daughter on Instagram, even his sister was spotted in the comment box, and this is what she had to say:

“Happy Fathers Day lil brother 💙💙. Give my niece another kiss from her aunty 😩🤞🏽”

Lilly Bennett started dating her new man towards the end of 2018. Lilly said she and Lawrence had decided to not share their relationship publicly, possibly before they were aware the Unexpected was happening.

At the time of this writing, both Lawrence Charles Bishop III and Lilly Bennett ticked their relationship status on Facebook as ‘Married’. But there was no proof of it i.e wedding pictures on the social media pages. Maybe the future episodes of Unexpected will clear up all the concerning fan queries.

In the meantime, let’s divulge the facts that we already know! 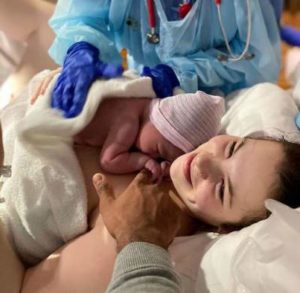 Through everything from the baby shower and gender reveal to the baby’s delivery, we saw Lawrence supper excited and right by his baby mama’s side.