Home EntertainmentLaurel Hubbard Before And After, As A Man, Surgery

Laurel Hubbard Before And After, As A Man, Surgery 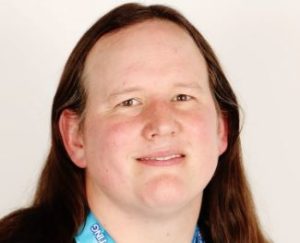 Transgenders participating in the women’s weightlifting category has always been a matter of debate since 2015. So, it was no surprise when the qualification of a New Zealand weightlifter Laurel Hubbard to compete in the Olympic 2021 added fuel to the fire.

But what was going on? Who is Laurel Hubbard? Learn all about her as this article proceeds.

Has Laurel Hubbard Had Surgery?

Yes, Laurel Hubbard underwent a gender reassignment surgery in 2012, and four years later, she competed in women’s events for the first time.

Previously, IOC adopted a set of guidelines for transgender female athletes stating that they had to wait for at least two years before competing after undergoing surgery. But the guidelines changed later, enabling the competitors to wait only 12 months after the start of hormonal therapy to demonstrate testosterone levels are within acceptable limits.

Laurel Hubbard Before And After

After surgery, Laurel Hubbard began transitioning as a woman in 2013. Here’s a comparison picture of her from before and after the transition. 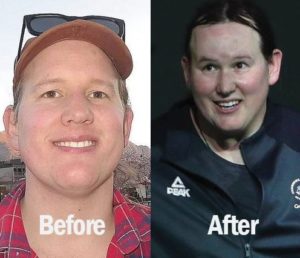 Laurel Hubbard before and after the transition (Source: Daily Mail)

As we can see that there isn’t much of a difference in her facial appearance after the transition. However, she does look a little more feminine. Apart from that, her testosterone levels have dropped by a lot and her body was slowly imitating her soul.

Did you know: After the transition, Laurel was charged with “careless driving causing injury”, just while she was close to Tokyo Olympics 2021. Reportedly, her vehicle fishtailed and hit a vehicle carrying an Australian couple in their 60s. The male drive was hospitalized for 2 weeks and need major spinal surgery on returning to Australia.

Laurel Hubbard As A Man

Laurel Hubbard was born as a man on February 9, 1978, and previously went by the name Gavin Hubbard.

The son of a prominent Kiwi businessman/ former mayor of Auckland Dick Hubbard, Laurel started weightlifting as a young man. She revealed that she wanted to be “more masculine” by doing so, but sadly that didn’t work.

Although she may have produced many promising results as a weightlifter life as a man was becoming increasingly difficult for her. In 2001, Laurel Hubbard then quit the sport having enough of living as a man.

Finally, 16 years later, she came out as transgender and shocked the world by winning two World Championship silver medals (lifting a total of 606 pounds) in the 90kg class in California.

Does Laurel Hubbard Have An Unfair Advantage?

Critics say, yes, Laurel Hubbard does have an unfair advantage over other female-born athletes. Their reason being — although her testosterone levels may be below that threshold, a male-born athlete would have gone through puberty as “males”, such as increased bone and muscle density.

But Laurel remained unfazed by all the comments made at her. She believes that she has every right to compete against other women, legally and morally. Moreover, she reminded people that didn’t only meet the current IWF requirements for transgender lifters, but also met the 2003 Stockholm Consensus on Sex Reassignment in Sports.

Even New Zealand’s government and the country’s top sporting icons backed her inclusion for the Olympics 2021, held in Tokyo, Japan. According to a statement released by the New Zealand Olympic Committee, she will compete in the women’s 87-kilogram category. This will be her first time at the Olympic Games. In happiness, she said,

“I am grateful and humbled by the kindness and support that has been given to me by so many New Zealanders.”

Anna Vanbellinghen, a Belgian weightlifter/ also a participant in Olympics 2021, shared that if Hubbard were to compete in Tokyo it would be “like a bad joke”. Although she wasn’t making a personal criticism, she felt threatened by the involvement of a person born as a man in the women’s category.

Opposing Laurel’s involvement in Olympics 2021 was also the President of the Samoan Weightlifting Federation Jerry Wallwork. Previously, he was one of the people who opposed having Laurel participate in the 2018 World Championships.

Meanwhile, many US states were considering legislation to prevent transgender women/girls from participating in any women’s categories; and a few have already enacted sports bans in 2021.

Laurel Hubbard Partner: Is She Married Or Dating?

Laurel Hubbard was extremely private about her relationships. So, we have no information about her dating life.

In 2021, Laurel was amidst controversy because of her involvement in the Olympics. So, this might also be the reason she kept her partner out of the light. Maybe when everyone becomes more accepting, Laurel might open up more about herself, and reveal to us if she was married or not.

But until then all we can do is wait.

9 Replies to “Laurel Hubbard Before And After, As A Man, Surgery”