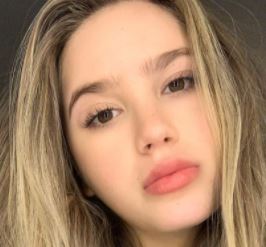 The child star, Kyla Kenedy who portrayed “Mika Samuels” on The Walking Dead season 4 through 5, was back in the spotlight in 2021. She appeared as “Orly Bremer”, (Ted Danson) Neil’s daughter for the final season of Mr. Mayor.

Kyla’s character, Orly comes to light after her father Neil Bremer decides to run for the mayor of Los Angeles. But in doing so, Neil realizes that he would lose bonding time with his daughter. And since Orly’s mother wasn’t introduced early on, we might be seeing more of the father-daughter bonding until then.

Here is everything you need to know about Kyla shared over this wiki.

Corresponding to her birthday, Kyla is of the Aquarius zodiac.

Raised in her hometown Charleston, SC, Kyla Kenedy grew up alongside an older sibling. Reportedly, Kyla’s elder sister suffered a brain bleed during birth, and because of that, she has special needs.

Remember Kyla’s role from the ABC comedy Speechless, as Dylan DiMeo. The series presented the efforts of a very determined mother (Minnie Driver) to find a good life for her son with special needs. Appearing on the show, as a younger sibling was easier for Kyla since she could relate it to her real life.

Similar to her onscreen mother, Kyla has supportive and dedicated parents. She shared that her mother told her that “if she could land a role in a film that she could go after an acting career.”

Her interests include “reading, traveling, animals, and all outdoor activities.” Also, Kyla is a charitable person. She has aided and worked with Meals on Wheels and The Children’s Hospital of Atlanta.

As of Jan 2021, Kyla entertained 175K followers over Instagram. Her bio wrote,

Knowing that she wanted to pursue acting from an early age, Kyla went on to make her debut on CSI: Crime Scene Investigation (2011) at the early age of 8. The following year was big for her as she landed roles in the three feature films: The Yellow Wallpaper, and The Three Stooges, and The New. But her breakout role wouldn’t be until 2013; being cast as a memorable character “Mika Samuels” on The Walking Dead season 4 and 5.

In 2012, Kyla won the “Grace Award” at the 21st Movieguide Awards and a Young Artist Award for Best Actress for her role as “Izzie” on the TV movie Raising Izzie.

Kyla Kenedy had no reported boyfriend as of early 2021. She chose to keep her dating life away from the media.

As the ABC’s Speechless fans, though you may have pictured Jack Dylan Grazer as Kyla’s boyfriend, it seemed that the two never dated. Reportedly, Jack dated Ellie Hiyar from 2017 – 2018 and was later spotted together with Cylia Chasman.

However, it seemed that the fans were still wishing for Jack and Kyla to get together on the show. A fan took it to Twitter to label the duo’s relationship as “oddly romantic”, while many tweets were of wanting them to end up together.

For those who don’t know, Jack Dylan Grazer is as young as Kyla, and her co-star on Speechless. He appeared as Eddie Kaspbrak in the horror movies It (2017) and portrayed Freddy Freeman  DC Comics film Shazam! (2019).