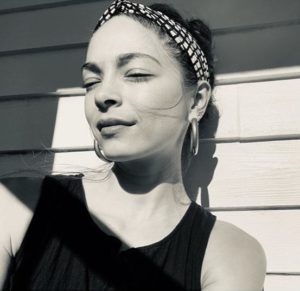 Life is often full of uncertainties and the proof of that can be drawn from the Canadian actress, Kristin Kreuk.

From describing herself as being shy and boring to becoming Superman’s object of desire in TV series, the actress covered some big yards to success.

In no time she gained a lot of attention and became a household name in the industry. Know about her journey and life before fame in detail from the article below. In the process, learn if Kristin Kreuk is married or dating still!

Where Is Kristin Kreuk Now?

While there are ups and downs in everyone’s life Kristin Kreuk also had a fair share of controversy. After her co-star, Allison Mack’s arrest for sex trafficking over her dealings with the NXIVM group, the actress got a small bump in her career.

However, she explained her involvement saying that “she thought it was a self/personal growth course which would help her overcome her previous shyness”. Also, Kristin said she did not help in any recruitment.

Soon enough, Kristin bounced back to acting and landed the leading role in the CW series “Beauty and the Beast”. Now, she continues to work as a professional actor and still going strong on TV series with a leading role in “Burden of Truth”.

Kristin Kreuk was born in Vancouver, British Columbia, Canada on 30 December 1982. Her parents both are landscape architects and resembled two different heritages as well.

Her mother Deanna Che came from Chinese ancestry whereas her father was a Dutch descent which gave her a mixed ethnical background.

As a child, she was brought up alongside her sibling Justine Kreuk. While growing up, she was very competitive and learned martial arts and gymnastics.

However, that was not to be, as things took a turn for good. She auditioned for an open casting for “Edgemont” in 2000 and landed a part.

From then onwards her acting journey started and in the end, it turned out to be a fruitful decision.

Moving onto her personal life, Kristin Kreuk had two standout relationships after moving into the acting business.

First, she dated Mark Hildreth who she met at the start of 2004. However, by September that year, the two had parted ways. After Mark, Kristin started dating her Smallville co-star, Jensen Ackles.

Kristin and Jensen — now-former husband prospect — dated for a couple of years and parted ways. Then for a brief period, the actress enjoyed being single. But in 2010, Kristin reconciled with her former boyfriend Mark and bought a house together in Los Angeles.

Reportedly, Kristin and Mark broke things off before getting engaged or married for that matter. 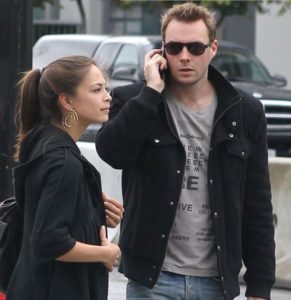 As of 2020, Kristin didn’t have a husband and remained an unmarried woman.

Talking about her professional career, Kristin Kreuk is an actress by profession. But she never had a fond interest in acting and had only participated in a few on-stage dramas.

Then her role in “Edgemont” on CBS television Canada became her starting point. Her career escalated to new heights as she landed the role of Lana Lang from the pre-superman WB series “Smallville” in 2001.

That role proved to be one of the biggest moves in her career and she slowly got recognized in the media. Also in 2004, she signed her first movie called “Eurotrip”.

After that, the actress went onto bag numerous TV series and movies. As of 2020, the 5 feet 4-inch actress plays a vital role in the CW series “Burden of Truth”. Considering her acting achievements. Kristin bagged a net worth of $6 million.

With the premiere of Netflix’s 13 Reasons Why season 4, a new cast — Inde Navarrette, made her way to...