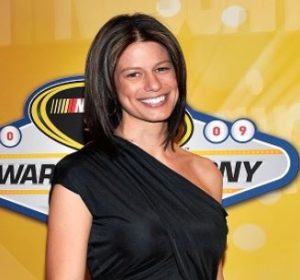 Distress rose during Daytona 500 amongst the audience as the No. 6 Ford Mustang crashed and went airborne, flipping several times.

Krissie Newman spectated the crash of her soon to be ex-husband from the audience on that tragic day February 17, 2020.

The ill-fated car that went to flames was driven by Ryan Newman, a competitive professional stock car racing driver. He suffered a serious but non-life threatening injury and was treated at Halifax Medical Center.

Krissie was overwhelmed with all the support and care her family received after the accident.

Learn more about Krissie’s personal life and wiki info as the article unravels.

Before getting betrothed to Ryan Newman, Krissie’s maiden name was Krissie Boyle. She was born on October 28, 1977, in Trenton, New Jersey. As of 2019, she was 42 years old and holds American Citizenship.

Daughter to James Boyle (Father) and Joanne Boyle (Mother), Krissie has a brother named John Boyle who was a police officer in Lexington, Kentucky. John was inspired by his grandfather into serving the counter.

Her grandfather, James Boyle Sr was a World War II veteran and loved to tweak audios. He sadly passed away in July 2010.

How Tall Is Krissie Newman? Net Worth, Job, Education

Krissie enrolled for a bachelor’s degree in criminal justice pre-law from Shippensburg University in Pennsylvania. She educated herself in law with the thought of working in local courts and moving to North Carolina to be closer to her grandparents.

Before she was involved with Ryan and helped him in his career, she had a job as a courtroom clerk for the Mecklenburg County Criminal Courts and also worked as a paralegal for a criminal attorney.

Krissie also co-founded the Ryan Newman Foundation that promotes the wellbeing of animals and the environment, it encourages people for the adoption of pets.

Krissie’s grandmother introduced her to Ryan Newman in 2001. She had no idea about NASCAR racing until then.

The duo enjoyed dating life for almost 3 years before they finally tied the knot in 2004 — weeks before the NASCAR season commenced. 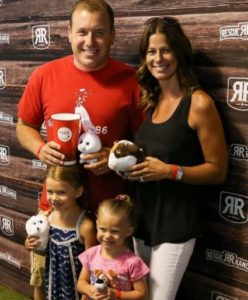 Krissie Newman with Ryan Newman and their daughters

After 16 years of marriage, on February 13, 2020, Krissie and Ryan announced that they had mutually agreed to divorce. The married duo wanted to live for their own and reignite the contentment they had lost.

Krissie and Ryan have two adorable kids Brooklyn and Ashlyn, whom they agreed to co-parent after divorce.