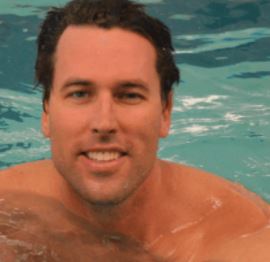 Klete Keller was one of many famous faces who stormed the Capitol in Jan 2021 protesting the election results. People instantly recognized him because of his 6 feet 6 inches frame and USA jacket.

Keep reading to discover facts about Klete Keller including his wife, kids, and net worth. Likewise, read about his real estate job and family.

For his role in the Capitol Riots, a federal grand jury indicted Klete on 7 charges. The charges included knowingly and unlawfully entering and remaining in a restricted area, interfering with official government business, engaging in disorderly conduct to disrupt a session of Congress, and interfering with law enforcement during a civil disorder.

Initially, the FBI had filed 3 charges against Klete. Under the request from the prosecutors, the grand jury added 4 charges. With the additional charges, Klete was facing a max sentence of around 30 years.

How Old Is Klete Keller?

As mentioned earlier, Klete measured 6 feet 6 inches in height. What’s more, he weighed around 214 lbs as of this writing.

Amid widespread backlash, Klete deleted all his social media accounts. Over the years, he had uploaded a stream of pro-Trump messages on Instagram, Facebook, and Twitter.

Klete Keller was born to his mother Karen and an anonymous father. According to eastvalleytribune.com, the family’s matriarch swam at Arizona State.

Klete isn’t her parents’ only child. He and his baby sister, Kalyn grew up participating in competitive swimming.

An accomplished athlete, Kalyn competed at the 2004 Summer Olympics. Klete was also a member of the US Olympic team that traveled to Athens, Greece.

In 2012, Kalyn married her husband, Keenan Robinson in Michigan. She retired from swimming due to Crohn’s disease.

Klete attended the University of Southern California for 2 years before leaving the school to focus on swimming.

After retirement, Klete began working as a realtor for a Colorado and Ohio-based agency called Hoff & Leigh. According to the real estate firm, they were unaware of his participation in the Capitol Riots.

According to this realtor.com profile, his price range for the last 24 months was between $300 thousand and $405 thousand.

From his real estate career, Klete Keller amassed over $1 million net worth.

Klete Keller Wife — Who Is She? Their Kids, Divorce

By 2014, his wife had divorced Klete Keller. Soon after, he was homeless and started living out of his car. It lasted for about 10 months.

For about 4 years, Klete Keller didn’t have visitation rights to his kids— Finley, Carson, and Wyatt. What’s more, he owed payments to his wife in back child support.

It was his sister, Kalyn who helped Klete get him back on his feet. During his comeback, he survived by operating swim clinics and teaching swimming lessons.

As for Klete Keller’s wife, her name is Cari Sherrill. A real estate agent by the definition of a job, Cari married Chris Sherrill following her divorce from Klete.

A mother of 4 kids, Cari attended Eastern Michigan University. Reportedly, she stands 5 feet 7 inches in height. What’s more, the American beauty is a native of Dexter, MI. Cari was 36 years old according to this CrossFit bio.

About Klete’s involvement in The Capitol Riots, Cari revealed the former Olympian “had many personal issues [that] he’s chosen not to address” during and post-swimming career. She then added— “That in itself has always been concerning and continues to be”.