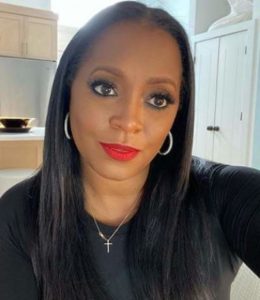 With the weather getting frightful and Christmas around the corner, a great many holiday movies are coming in to keep its audience all cozied up and indoors.

One of them is the Lifetime Christmas movie The Christmas Aunt, released on 1st November in 2020.

The premise of the film is such that the actress Keisha Knight Pulliam in the leading role of Rebecca Miller returns home to help take care of her sister’s two young kids when she runs into her childhood best friend, Drew.

In the writing, is a detailed bio, wiki, and personal life of the Atlanta-based actress who previously appeared in 2018′s Jingle Belle and 2019′s Radio Christmas.

It seemed the family, who is quite a mystery to her audience, has always been supportive of Keshia pursuing an acting career.

Keshia Knight, the Newark, New Jersey-born reportedly earned herself a net worth of $6 million.

She is best known for playing Rudy Huxtable, the youngest daughter of Dr. Cliff Huxtable, on The Cosby Show, for almost a decade starting from 1984.

Tyler Perry’s House of Payne actress was nominated for a Primetime Emmy at the age of 6, making her the youngest actor ever to receive the honor.

Not long ago, the B.A. in Sociology alum from Spelman College, revealed that she had turned down joining the cast of Real Housewives of Atlanta on a certain season.

Who Is Keshia Knight Pulliam Boyfriend?

Keisha Knight has been dating actor Brad James who has transitioned from United States Marine to one of the most exciting faces in television and film today.

Kiesha’s boyfriend earned praises for his comedic role as Todd on the hit series For Better Or Worse. Besides, Brad also landed works on movies The Choice, Parental Guidance, Prisoners, and Comeback Dad and TV shows NCIS: New Orleans, Hart of Dixie, and Underground.

Brad, who towers over Keshia’s height of 5′ 0½”, met her while on set for Pride and Prejudice: Atlanta in 2019. This is when they are believed to have sparked romance. Although, they kind of knew each other before that. 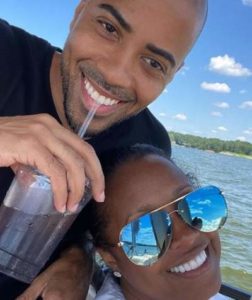 At some point, the pair had shared with their fans, some of the Pride and Prejudice moments during the shoot. Bad described,

“We were shooting a scene, right? We’re walking into a church. It’s how the movie opened. The pathway is smooth, the church is full of extras and everybody’s in there, waiting. We were walking into the church, it’s our first time being seen and everybody’s waiting on us to enter. Room full of people. This one trips over nothing and falls into my arms”

Well, the “this one” is obviously Keshia who also affirmed the incident that Brad “did catch her” before something happened.

In case you did not know, Keshia has once married and divorced. She said her one failed marriage made it clear what she does not desire and what exactly she wants in a partner.

She also meant she no longer believed the fairytale on what marriage should be.

And while people are busy sharing the “Marriage is hard!” ideas, Keisha learned it is not actually that hard. But, she insisted, the institution has to have two people who actively “desire to be there, who want to work at it, who want to make each other happy and make each other a priority”.

And this, Keisha seemed to have found in her fine-looking man i.e. her boyfriend, Brad James. 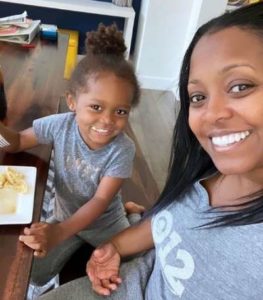 After getting engaged on New Year’s Eve in 2015, they had tied the knots the very next day on the 1st of January in 2016, in Keshia’s Atlanta home.

However, the marriage only lasted until the former NFL player filed for divorce on July 25, 2016. The divorce was finalized in April 2018. And, in between i.e. on January 23, 2017, Keshia gave birth to Ella.

At the time of this writing, we did not know if the two shared the custody of the young one. The most recent reports online claimed Keshia was petitioning the courts to put her former spouse in jail for delinquency and that she also demanded he owed her more than $30K child support for their daughter.

The exes had gone separate ways citing emotional distress, abandonment, and cheating. And in 2019, Ed was denied joint custody of their daughter, after he claimed Keisha had denied him visitation.

In the meantime, we see Keshia sharing her mother-daughter time with her 1.8 million Insta-fam, every now and then.

Talking to ET in September 2020, Keshia shared how her kid had asked her “Well mommy, can I be an actor when I grow up?”. There is a high possibility Ella will follow in her mother’s footsteps who she saw as a little girl on TV.