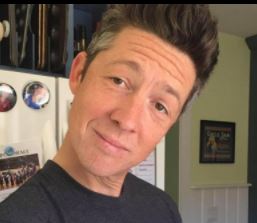 Meet Abraham Piper, a TikTok star famous for his irreverent critiques of Evangelical Christianity. Also, his father, John Piper is a prominent figure in American Evangelicalism.

In this Abraham Piper Biography, read about the TikTok sensation’s wife, net worth, and age. Furthermore, become familiar with his family details, job, and height.

In November 2020, Abraham uploaded his first video on TikTok. By April 2021, he had almost 1 million followers on the platform.

Abraham became an overnight sensation of the platform for his criticism of Evangelical Christianity. His videos, according to mcall.com, are visually appealing. He delivers his mini-lectures in a cheerful version of the didactic tone — a technique that excels on TikTok. Abraham’s interest in the platform includes topics concerning popular philosophy, language, and jigsaw puzzles.

According to Relevant’s Tyler Huckabee, Abraham draws a lot from his father, John Piper. Like John, he takes “complicated ideas and packaging them in quotable, easy-to-understand sound bites”.

After rejecting the faith, Abraham was excommunicated from his father’s church. At the time, he was only 19 years old. Abraham would return to the faith yours later, only to depart again.

On TikTok, Abraham rarely shines a light on his lineage. Nor does he shares details about his upbringing.

According to his 12th December birthday, Abraham is a Sagittarius.

Abraham Piper was born to his parents: John Piper and Noel Piper.

John, Abraham’s father, is a retired pastor who was with the Bethlehem Baptist Church in Minneapolis Minnesota for 33 years. As an author, he has penned more than 50 books. A native of Greenville, South Carolina, John studied at Fuller Theological Seminary and the University of Munich, West Germany.

Abraham’s mother, Noel is the author of the book titled “Treasuring God in Our Traditions”. Moreover, her middle name is Henry.

As for his siblings, Abraham has 3 brothers and a sister: Benjamin, Barnabas, Karsten, and Talitha Piper.

Talitha, according to her Facebook, is married to Matt Moore. A graduate of Wheaton College, Barnabas began working as an Assistant Pastor at “Immanuel Nashville”. Meanwhile, Ben Piper attended Gorden College and Roosevelt High School. Karsten, on the other hand, is an English instructor at Minnesota West Community & Technical College.

Abraham Piper, per sources online, stands no more than 5 feet 11 inches in height. He also weighed around 83 kilograms in 2021.

As remarked by the fans, Abraham looks a lot like the actor Brad Pitt. What’s more, he keeps his hair long.

If reports on the internet are anything to go by, Abraham Piper garners a reported net worth of under $1 million.

According to his website, Abraham holds the job title of an artist and puzzle designer. The TikToker is also a painter.

Abraham’s paintings are perfect for the back of any closet, crawl space, or basement. What’s more, they are abstract, ironic, gestural, viscerally inconsistent, and glibly existential.

His “artist statement” read— “I make stuff I want to hang on my walls. If other people want to hang it on their walls, too, we can make that happen”.

Abraham designs puzzles at “Blue Bazoo”. Back in December 2019, he first held the position. Previously, the TikTok star was worked as a Writer, Editor, and Founder at “22 Words”.

Abraham Piper married his wife, Molly Piper in 2003. From their marriage, the couple has 4 kids: 4 sons and a daughter.

A little info about Abraham Piper’s wife— Molly Piper is a native of Erie, Pennsylvania. Likewise, she works as an independent voice actor. A graduate of Penn State, Molly also studied Communication Disorders and Sciences at Minnesota. Reach out to Molly on Instagram @mollypiper. She is also on Facebook with more than 1700 friends. Reportedly, her maiden name is Dillemuth.