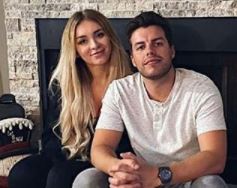 The 8th installment of 90 Day Fiance returned in December 2020. Returning for yet another season were 3 couples: Natalie & Mike, Hazel & Tarik, and Rebecca & Zied. Among the 4 new couples featured on the season were Jovi Dufren and his love interest, Yara.

Continue reading this Jovi Dufren wiki and get to know his job, height, and family background. Likewise, discover his net worth, age, and more!

Every 21st January morning, Jovi wakes up to birthday messages. Courtesy of his DOB, he is an Aquarius.

Jovi grew up in his hometown of Larose, Louisiana. By 2020, he had relocated to Mandeville, Louisiana.

Not only did Jovi adore the place that he called home but also loved exploring new countries and cultures. As noted on his IG bio, as of 2020, he had visited 57 countries.

From what the 90 Day Fiance could gather from his IG, Jovi Dufren seemed every bit a family guy. Of all relatives, his mother is perhaps the most featured individual.

Judging by his photos on Instagram, Jovi Durfen stands around 5 feet 8 inches in height. As for his weight, it stays under 80 kilograms.

As a world traveler, Jovi understood the importance of social media. Therefore, he was on all 3 major platforms.

Operating under the username @Jovid11, Jovi Dufren was on Twitter & Instagram. He had joined the former in 2013.

To mention his educational background, Jovi didn’t go to college. Between 2004 and 2008, he attended South Lafourche High School.

Straight out of high school, Jovi joined C-INNOVATION LLC. After serving 4 yrs 7 months as an ROV Pilot, he then became an ROV Supervisor in April 2013.

As part of his job at C-INNOVATION LLC, Jovi performed a list of actions including—

A job in the oil and energy industry pays well. It also explains how Jovi funded his overseas trips.

With over 10+ years of experience with Schilling UHD, Jovi Dufren surely secures a handsome salary. His net worth, therefore, should surpass $200 thousand.

For his appearances on 90 Day Fiance, TLC reportedly paid Jovi around $14.5 thousand.

Are Jovi Dufren & Yara Still Together?

While on his travels, Jovi downloaded an app to meet new people. Upon matching with Ukrainian beauty Yara, he was expecting a regular hookup.

Jovi, however, forged a true connection with Yara. Soon enough, he began traveling with her.

In June 2018, Yara first popped up on Jovi’s Instagram. Therefore, chances are they began dating around the same time.

About half a year into their romance, Yara became pregnant. Stepping up to the challenge, Jovi took a knee and ask Yara to marry him. They then filed for the K-1 Visa.

Before they could become parents, tragedy struck after Yara miscarried. The event only strengthened their commitment to one another.

Once the time for Yara to arrive in the US neared, people close to Jovi began to doubt his commitment. While Jovi’s friends questioned his willingness to give up the bachelor’s life, his mother doubted Yara would accept his lifestyle.

As of early 2020, Jovi Dufren & Yara were still together.