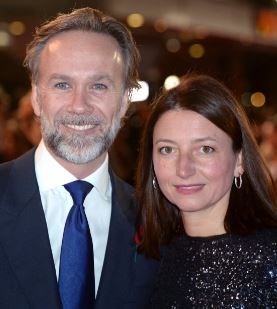 Her husband, Marcus appeared on the judging panel on BBC’s MasterChef: The Professionals alongside chef Monica Galetti in November 2020. They replaced chef John Torode who previously hosted the series; before season 13.

While fans knew all about Marcus’s onscreen life, his married life remained a mystery to many. So, here we shedding light on his wife, Jane over this wiki-format article.

Corresponding to her birthday,  Jane is of the Taurus zodiac.

You may like – Aaron Grissom Wiki: Girlfriend, Net Worth, Top Chef

Jane Wareing’s maiden name wasn’t revealed; neither was the information about her family.

Born and raised in England, UK, Jane went to Great Cornard Upper School for her education. The school was located in Great Cornard, part of the town of Sudbury. Later, she enrolled herself at the University of Brighton for her bachelor in Hospitality Administration / Management.

Mentinong her distinct features, Jane is a beautiful lady with brown eyes. She had her ears pierced and loved wearing earrings.

“Mum of three and wife of chef.”

Like her husband, Jane established her career in the food business from the early 90s. Her first job was as a receptionist for Gravetye Manor Hotel from Sept 1992 to 1994. Later, she joined Regents Park Marriott Hotel as an assistant Revenu manager from 1994 to 1996. Then she worked as a reservation manager for Marriott International from 1996  to 2001.

Finally, in Sep 2008,  Jane became the director and co-owner of Marcus Wareing Restaurants which included “MARCUS”, “The Gilbert Scott” and “Tredwell’s”.

Even when Marcus went on solo restaurant endeavors and MasterChef appearances, Jane stood by his side and managed the restaurants on her own. About the matter, Marcus spoke,

“We’ve gone through the test of time. That girl has been through hell and back with me.”

They were both working at Gravetye Manor, a country hotel in Sussex at the time. Marcus was the second chef in the restaurant and Jane worked in the front office.

After seven long years of dating, Marcus “whisked her” away to Mauritius and popped the question. Marcus shared that he wanted to make sure Jane understood his work ethic, as he wouldn’t compromise his work for relationships. Thus, it took him all those years to make sure she was the one.

The duo held their wedding in 2000 at St James’s Church in Piccadilly, with the reception in St James’s Square. Marcus recalled,

“I’ll never forget how lovely Jane looked in her breathtaking lavender wedding dress, and she’s been an absolute rock for me ever since.”

Also, at the wedding, Marcus’ long-time friend, Gordon Ramsay was his best man.

The oldest of all, Jake’s godfather is chef Ramsay.

The Wareing family lived together in a fancy £5 million house in Wimbledon. Unfortunately, in October 2019, the couple became the victim of burglars who broke into their home and reportedly, stole £33,000 worth of goods.

Trivia: The burglars were Danko Carvajal-Donaire, Claudio Donoso, Nicolas Portilla Astorga, and Jorge Rojas who each received a jail sentence of 40 months.

Little info about her husband, Marcus Wareing: He gained popularity after appearing as a judge on BBC’s MasterChef: The Professionals. Also, he worked hand to hand with chef Gordon Ramsay at the London restaurant Le Gavroche in 1993.