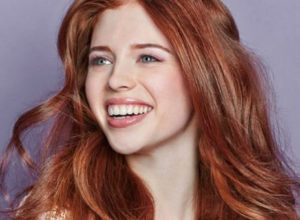 A dance enthusiast, Jordan Clark is a renowned Canadian choreographer and actress.

Of all her on-screen performances, Jordan gets best recognized for her portraying Giselle in the beloved series “The Next Step.”

Read along to learn about Jordan’s wiki-type biography!

On 29th December 2019, Jordan Clark turned 27 years of age. She is a native of Tottenham, Ontario, Canada.

Speaking about her family life: Jordan is the daughter of Glenn Tainsh and Connie Tainsh. She was born in 1991 as the third of her biological parents’ five kids.

In terms of siblings, Jordan is siblings with a baby brother named Darcy Tanish, a baby sister and two older sisters.

Madison Tainsh, one of Jordan’s sisters, is also a dance enthusiast and gives dancing lessons.

A young Jordan took a keen interest in dancing. By age five, she was already practicing and performing her routines.

At the Ontario-based Vlad’s Academy of Richmond Hill, Jordan studied various forms of dance including jazz. acro, hip-hop, and contemporary.

In 2011, Jordan Clark won the “So You Think You Can Dance Canada” contest beating out her competitors.

Having conquered it all, transitioning to acting seemed like a logical next step for Jordan. As an actor, she starred in several movies including “Frenemies,” “Silent Hill: Revelation,” “Spy: Blog Wars,” “Camp Rock 2: The Final Jam” and “Dancin’: It’s On!”

Working as an actress, Jordan continues to cement her six-figure net worth.

For all her on-screen romantic endeavors, Jordan Clark has very little to show off in real life. As of November 2019, the gorgeous actress hadn’t revealed if she was married or still dating.

Back in 2011, Jordan provided a window into her love life by penning a series of tweets mentioning her boyfriend.

On 2nd January 2011, Jordan labeled Taylor James her husband on a tweet. Fans couldn’t tell if her claim was a mere joke or not.

Two months after sending out the said tweet, Jordan let another one mentioning that she was picking her mystery boyfriend from the airport. Again, she didn’t offer to provide context.

Tweeting from BlackBerry on 16th March 2011, Jordan wrote about missing her boyfriend while wishing him a happy birthday.

The series of tweets offered a rare – and perhaps, the only – insight into Jordan’s secretive dating life.

Camp Rock 2: The Final Jam Frenemies Private Eyes So You Think You Can Dance Canada Springboard The Next Step

Trevor Tordjman may be inclined to take up dancing as the only art form but his heart was always set on...

A gifted dancer, Briar Nolet is a terrific actress. She discovered fame portraying the role of Richelle in...