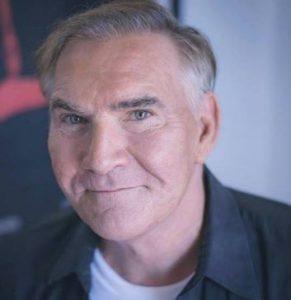 Actor and comedian, John Paragon, who was best known as Jambi the Genie, passed away. He took his last breath in April of 2021, but the death was only revealed in June of 2021. He gained fame for his long association with the improv group The Groundlings.

Learn more about his life, career, details on his wife, and other aspects of his life with this John Paragon Wiki.

More From Us: Melinda Berry Wiki: Too Hot To Handle, Age, Job, Height

John Paragon Cause Of Death

John Paragon, better known as Jambi the Genie, passed away on 3 April 2021 for an undisclosed reason, initially. However, the news of his death was only made public in June of 2021 as based on the report of TMZ.

But based on the update, the cause of death of John Paragon was “Atherosclerotic Cardiovascular Disease with other significant conditions of Chronic Alcohol Abuse” as reported by The Riverside Sheriff’s Department.

John Paragon was born on 9 December 1954. He was 66 years old at the time of his death. Furthermore, John owned Sagittarius as his zodiac sign.

John Dixon Paragon was born in his hometown of Anchorage, Alaska, in the United States. As reported, he was conceived in an army base. That means either one or both of his parents were serving in the military.

However, John kept his lips sealed when it came to sharing details on his father and mother. Along with his parents, details on his siblings also remain a mystery as of this writing in June of 2021.

Conclusively, John divulged no information on any of his family members.

According to IMDB, John Paragon stood tall at a height of 5 feet 11 inches (1.80 meters). Back in the day, he used to grow his hair long and kept a well-trimmed mustache.

Fans of John also often compared him to renowned artist Salvadore Dali for his looks. So, in return, he also took a few pictures looking like one a while ago.

John Paragon was not so big on social media. The platform he could be discovered on was Facebook where he actively communicated with his friends and fans.

Furthermore, John was on Facebook with 592 friends until June 2021. He updated the profile last time in February of 2017. Besides that, he couldn’t be discovered on Twitter and Instagram.

John Paragon pocketed around $200 thousand in total net worth most of which he made from his work in movies and TV shows.

Even though Joh was born in Alaska, he was raised in Fort Collins, Colorado. So, he spent most of his early life there and attended Fort Collins High School. He graduated high school in 1973. There are no details on whether he attended college or not.

John then joined an LA-based improv group named The Groundlings. He was a member of the group with Paul Reuben and Phil Hartman. He built entire fame associating with the group.

According to his Facebook, John studied Comical Engineering at The Groundlings. Moreover, he has been long associated with The Groundling Theatre. Along with that, he also served as a Creative Consultant at Disney.

But, his best work till would certainly be Jambi The Genie at Pee-wee’s Playhouse. For his work, he received over 5 Emmy nominations for best writing and directing in a children’s show. He also served as the president of Autograph Films.

Other works that he contributed to include Pee-Wee’s Big Adventure, The Frog Prince, North Shore, Elvira: Mistress of the Dark, Pee-Wee’s Playhouse, Night Stand, Seinfeld, and Elvira’s Movie Macabre among a few others.

While the actor was loved and adored by many, he also ran into some trouble with the law. Back in 2017, his neighbor, Elizabeth MacPherson accused him of screaming obscenities at her over the dog.

Moreover, Elizabeth filed a restraining order against the comedian and actor. The petition order alleged that John screamed at his neighbor for four hours, ‘Shut that f***ing dog up a**hole!’ Elizabeth also claimed that he threatened to kill the dog.

Whereas, John told TMZ that his neighbor’s 200-pound dog barked ‘incessantly’ and has spawned numerous complaints from other neighbors. Moreover, he admitted to screaming ‘Shut that f***ing dog up a**hole!’ but only after she gave him finger.

John Paragon never shared details on his wife. There are no records of him ever getting married or having kids. But, that doesn’t mean he was never committed to anyone.

The thing is, John always avoided discussing private details out in public. Furthermore, not a single article surfaced on his partner and kids. However, back in the days, there was a rumor of him dating his co-actor Laraine Newman.

But, it was never confirmed.

0 Replies to “John Paragon Wife, Partner, Family, Cause Of Death”