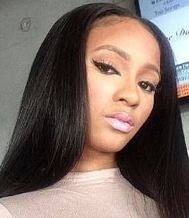 Jocelyn Savage skyrocketed to popularity as the live-in girlfriend of disgraced R&B singer R. Kelly. When the “Ignition” hitmaker was presented before a judge in January 2019, she and other live-in lover Azirel Curry stood by the man.

For an update on what Jocelyn is doing today, read her wiki listed below!

At one point, Jocelyn Savage appeared to be alleged child predator R. Kelly’s biggest supporter. Today though, she seems to despise the “I Believe I Can Fly” singer.

In November 2019, Jocelyn created a Patreon account to share her accounts of her controversial relationship with R. Kelly. In the introduction section of her paid subscription service, she described the serialized tell as:

“I am here to tell my story I will reveal information/secrets I’ve been sweared to not ever bring to light but I am willing to risk it all. This is my story on Mr. Kelly.”

Per The Root, a Patreon membership to Jocelyn’s story now cost an interested individual anywhere from $3-$25 for different levels of content.

In her very first upload on Patreon called “Where It All Started,” Jocelyn accused R. Kelly of forcing her to address him as “Master” and “Daddy.” Additionally, she alleged that the “Age Ain’t Nothing But A Number” singer continuously threatened to sabotage her career.

Admittedly, Jocelyn Savage was 17 years of age when she met R. Kelly at one of his concerts. Her parents – Jonjelyn and Timothy Savage – had facilitated the first encounter. She described their first meeting as “fun experience but very mixed emotions.”

Two years later, 19-year-old Jocelyn moved in with R. Kelly. Despite the singer’s suspicious past, her family was happy to hand her over to him.

Over time, Jocelyn’s relationship with her family grew distant. Speaking to Gayle King in March 2019, she even accused her biological parents of blackmailing R. Kelly.

By November 2019, Jocelyn had withdrawn her support for R. Kelly. With the decision, many assumed that she was ready to make amends with her family.

Since an early age, Jocelyn Savage had musical aspirations. With her parents’ support, she dropped out of college and let R. Kelly be her mentor.

By her admission, Jocelyn was initially delighted by the fact that R. Kelly compared her singing talents with late singer Aaliyah. Sadly, she never lived up to her expectations.

After “Surviving R. Kelly” got televised in 2018, Jocelyn penned an NDA with R. Kelly. By promising to maintain her silence, she solidified her net worth.