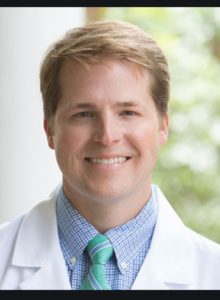 In May of 2020, BravoTV’s Southern Charm reality star Cameran Eubanks declared her departure from the show. Following the rumor, the internet went berserk with several rumors behind her departure.

One of the rumors which caught Cameran’s attention was her husband Jason Wimberly’s alleged cheating rumor. Following the rumor, people turned their heads toward Jason and searched for the answers.

This wiki-article assists readers to get info regarding Jason Wimberly’s life and career. So delve into the article to learn about Cameran’s take on the rumor.

Per his date of birth, Jason’s zodiac sign is Gemini.

Later on, both of his parents founded and worked in Summerville Family Practice, a board-certified Family Physician.

More into his family, both of his siblings; Mark Wimberly and Christopher Wimberly also followed the family’s footsteps and became doctors.

To the fan’s dismay, Jason was nowhere to be found on most of the social media platforms including Instagram and Twitter.

However, he had a Facebook account. He last posted on the platform in December of 2018. After that, he seemed almost inactive on the same.

What Kind Of Doctor Is Jason Wimberly? Education, Net Worth

Following graduation, he enrolled in the Medical University of South Carolina College of Medicine. In 2002, he graduated from the same with a degree in anesthesiology.

After graduation, Jason interned in Spartanburg Regional Healthcare System whereas he completed his residency at Jackson Memorial Hospital.

He was licensed by South Carolina State Medical License which is going to expire in 2021. Plus, Jason was certified by the American Board of Anesthesiology.

An average anesthesiologist makes a salary of $340,300 per annum. Adding that to his one-and-a-half decade career, he bagged an approximate net worth of $4 million.

Dr. Wimberly and Cameran Eubanks got married in 2014. The pair had a large outdoor wedding with minimal setup.

After two and a half years into their marriage, the married couple welcomed their first child on 11 November 2017. 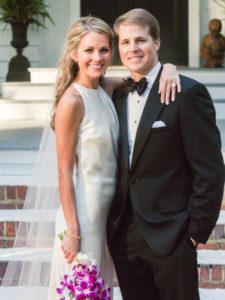 Jason Wimberly and his wife Cameran Eubanks on the day of their marriage (Pic: William Wemberly’s Facebook)

Cameran’s persistent nature finally made Jason succumb to her open offer. To which, he made few appearances on the show.

Were The Cheating Rumors True?

On 14 May 2020, Cameran announced her parting away from the show. Following the announcement, rumors regarding the marriage problem spread on the internet like wild-fire.

For the same reason, Cameran took it to her Instagram to slam the ‘fake rumor.’ She shared the feeling of disgust she had risen upon her husband’s getting dragged into the false rumor.

She further insisted on the post to protect what is sacred. And for her, it was her marital relationship with Jason Wimberly.

For her part, Rebecca took to IG and dismissed the cheating allegation. Insisting she hadn’t met Jason, the make-up artist accused “Southern Charm” star Kathryn Dennis of spreading the rumor.