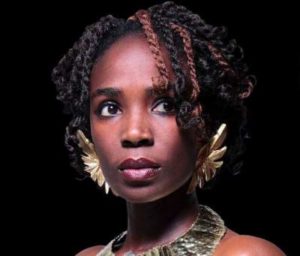 After “stay home” became the new normal with the Coronavirus outbreak, people were/still are (in some part of the world) in the hunt for new and healthful hobbies. Among others, many considered this to be the perfect time to make their own backyard garden and grow their very own food. And this is when the famous urban farmer Jamila Norman, stepped in with her show Homegrown.

The series released its first episode on Discovery Plus on Jan. 1, 2021. The rest of the episodes were due till later in July 2021.

Meanwhile, below is this Jamila Norman wiki, covering everything that her worldwide fans wished to know about her.

Jamila is a first-generation daughter to Caribbean parents, whose history is rooted in agriculture. Her great-grandparents farmed in Jamaica. Great-grandmother, she said, was still alive and in her 103rd year in 2020. So, Jamila’s mother grew up there always having access to fresh fruits and vegetables. And it was in fact her who inspired Jamila to get into urban farming.

Jamila’s maiden name is ‘Muhammad’ which she got from her father Abdul Muhammad.

She listed her cousins Warren T McFarlane and April Allen as her family members on Facebook bio. Also, on it, she shared some 8-year-ago memory of her sisters D Natasha Brewley and Waduda Muhammad.

Standing tall above the 5’7” height, Jamila Norman is often commended for her FreeTress crochet bohemian braids.

Jamila Norman, who has wanted to go to Morocco for the longest time, owned several Instagram accounts. She had the highest of 24K followers on the handle ‘Atlanta Urban Farm’ (as of May 9 in 2021). Others were ‘Farmer J. & Chef Beee’ and ‘Divine Clementine Bath & Body’. Besides, the yoga practitioner also shared her personal and professional life stories on Facebook.

So, as Jamila Norman took on the new role of transforming amateur gardeners with the Magnolia Network program, she was estimated to have saved under $750K net worth. About money, she believes she just needs it enough to cover her needs and to enjoy a little bit of life.

The internationally recognized veteran gardener and food activist studied Environmental Engineering and committed a decade in her professional career. Only then, she committed fully to her independent, organic urban farm, Patchwork City Farms, and selling the likes of handmade bath and body products (under the name Divine Clementine Bath & Body).

She also co-founded EAT MOVE BeWELL, an initiative focused on health and wellness, with Chef Beee.

Further, Jamila is a contributing writer for the anthology, OASIS, a publication of culturally informed soup recipes that seeks to foster and expand the conversation about nutritional knowledge and Black women’s wellness.

In 2014, she served as a US delegate to Slow Food’s Terra Madre Salone del Gusto, in Turin, Italy.

Anyway, her farm and the work Jamila does to contribute to a healthy economy for all, have been featured in various publications including Modern Farmer Magazine, SeedStock.com, The Library of Congress, and the Southern Foodways Alliance oral history project.

Ten years from now and Jamila still hopes to be farming in some capacity, full time.

Jamila Norman Husband: Is She Married Or Dating?

Back in May 2016, Jamila Norman shared a rare moment from her personal life. To a series of pictures of her sons, nephews, and their friends, she had captioned, “Proud mother sending my boys and nephew off to their school dance.”

We termed this as a rare occasion, apart from this one time, Jamila never mentioned her kids or their father.

Seems like, Benjamin Norman, age 45 in 2021, is Jamila’s former husband and her kids’ father. Both Benjamin and Jamila now live in Atlanta, Georgia, and mylife.com cited them respectively as each other’s family members. But then, the scoop has never before been verified.

Not to miss, talking to farmstarliving.com in Sep. 2020, Jamila Norman stated about her relationship status as — single. Then, she also revealed having three kids (all boys) who did not help her that much on the farm.

Also, catch her exclusive with PEOPLE Magazine from 2021 when Jamila shared her very best tips for those interested in getting into urban gardening on their own.