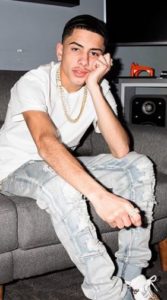 J.I. is an American Rapper and internet celebrity who gained major recognition with his career as a rapper. He also appeared on the second season of Lifetime channel’s TV series The Rap Game.

This wiki-style article is created around the life and career of J.I. AKA The Prince of New York.

J.I. was born ‘Justin Irvin Rivera’ on 23 September 2001 in Brooklyn, New York, the United States. He boasts Puerto Rican ethnicity but recognizes himself as an American nationality.

Because of his heritage, J.I. once admitted to representing the New York Hispanic community. Also, he planned to cross over and do Spanish music.

Moreover, J.I.’s parents have remained on social media coverage only in a pictorial form. He doesn’t hesitate to show his appreciation toward his father and mother for supporting him.

The Blame on Me hitmaker grew up with 4 siblings, 2 brothers, and 2 sisters. The rapper’s bond with his siblings is commendable.

The Own Shit rapper was exposed to music, Hip Hop in particular, in his early life. He was raised on the music of Nas, DMX, and Tupac whom he cited as his inspirations.

It didn’t take too long before the rhyme schemes and metaphors enticed him into making the same as his career path.

J.I. had already honed his rapping skill at the age of 11.

Eventually, he was heavily involved in battling in parts of the United States.

He created a YouTube channel on the same name but delayed posting his documented skills. In 2016, J.I. uploaded his first video titled Quiet Storm Freestyle. As of February 2020, the video had gathered about 872K views on the platform.

In 2019, the Company hitmaker was presented with an opportunity for mainstream recognition as he was chosen to star in the Lifetime channel’s The Rap Game season 2. He sparred with Lil Key on the show.

J.I. didn’t finish the season victorious but won people over with his rapping forte.

In 2019, he released multiple hit songs like Need Me, Brazy, Own Shit, Love Won’t Change, and many more that streamed over a couple of million times on Soundcloud and watched on YouTube.

In April 2020, J.I. dropped a catchy single “Proud Of Me.” That very month, DJ Booth and Billboard interviewed him.

What’s more, J.I. is estimated to have stacked himself with a solid net worth of around $750k.

Coming to his love life, J.I. began a romantic relationship with his anonymous girlfriend since he was 17. 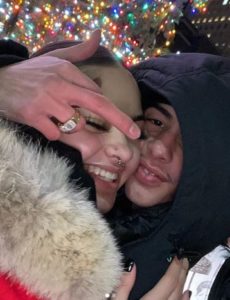 He had boasted his dating status on his Instagram handle multiple times. J.I.’s fans crowded the comment section to wish him well regarding his relationship.

J.I. and his mystery girlfriend looked pretty cozy and comfortable with each other on his Instagram. Fans were eager to see if the relationship was a young romantic bliss or a dedicated relationship.

According to J.I., females who rejected him back in the day tried to reach out once he became famous. Additionally, in the 2020 Billboard interview, the Brooklyn rapper opened about his childhood dreams of wanting a big wedding and family.