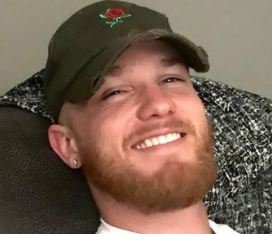 Houston Tumlin rose to fame because of his role in the 2006 film “Talladega Nights”. In 2021, the actor passed away. He was 28 years old.

This Houston Tumlin wiki explores the late actor’s girlfriend, cause of death, and net worth. Likewise, it sheds light on his military, family, and career!

Houston Tumlin Cause Of Death

On 23rd March 2021 afternoon, Houston Tumlin died by suicide. He reportedly shot himself in the head inside his Pelham, Alabama resident.

Meanwhile, The Pelham Police Department told E! News that it had concluded a death investigation and declared Houston as the deceased person.

At the time of his death, Houston was 28 years old. While still alive, he celebrated his birthday on 27th December.

Also, Houston was born a Capricorn.

Houston Tumlin was born to his parents: Michelle Leigh and Craig Tumlin.

A graduate of Pell City, Alabama, Michelle Leigh Tumlin went to Hokes Bluff High School. She has been a store owner at Monkey Bizniss since April 2007.

Craig Tumlin, a resident of Pell City, loves playing tennis and working out. Shortly after Huston’s death made news, he shared a throwback photo of them and captioned it— “You will always be this guy for me hoot dog! I love u and will miss u every day for the rest of my life!”

Plus, Houston had at least one sibling named Hayden Tumlin. A graduate of Pell City High School, Hayden formerly interned at “Starstruck Entertainment” and “Reel Recording”.

Houston Tumlin stood 6 feet tall. Other than his height, Houston garnered attention because of his multiple tattoos. Safe to conclude, he loved inking his body.

It appears Houston had 2 Facebook profiles (one for personal and the other for friends and family). Combined, he enjoyed over 2600 friends on the platforms.

Elsewhere on Instagram, Houston had around 2.4 thousand followers until 25th March 2021. He was also on Twitter and Snapchat.

At the time of his untimely death, Houston Tumlin reportedly left behind under $300 thousand net worth.

As an actor, “Talladega Nights: The Ballad of Ricky Bobby” was Houston’s only acting credit. In the 2006 film, he played the role of Walker Bobby, the son of the titular character portrayed by Will Ferrell. Houston, at the time, was 13 and playing a character who was 13.

Now and then, Huston referenced his role on social media. In a February 2021 post, he shared a photo of himself with his on-screen brother, Grayson Russell, and captioned it— “@graysoncrussell tell me a set of ‘brothers’ more handsome. I’ll wait.”

Meanwhile, on his Twitter bio, he wrote— “American soldier, but you know me as Walker Bobby.”

The film’s director, Adam McKay spoke after Houston’s death and said he’s heartbroken. He also remembered Houston as a talented and joyful person.

Post-Talladega Nights fame, Houston went on to serve in the U.S. Army. In 2015, he was serving in the 101st Airborne Division. 2 years later, he was promoted to the position of sergeant.

What’s more, Houston was a graduate of Victory Christian High School. He graduated from the same in 2011.

At the time of Huston Tumlin’s suicide, his girlfriend, Charity Robertson was reportedly inside the same house.

Charity is a native of Vincent, Alabama. Also, she was attending Jacksonville State University in 2020.

If this Facebook profile is official, Huston and his girlfriend, Charity may have been engaged. 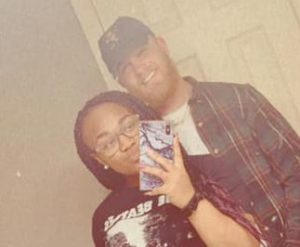 Shortly after Huston’s death, Charity took to Facebook and penned a long message. Alongside photos of them, she began— “I’ve never experienced hurt like this before. I feel numb, I feel defeated, I feel lost. I feel empty. My heart is absolutely shattered.

She continued— “My sweet, sweet baby… Our time together was one of the best experiences of my life. I’ll miss your big heart, caring spirit, infectious laughter, & oh man could the list go on. I love your smart mouth, your “I’m always right” attitude (

Charity ended her post by writing—  “I just still feel like this is a really bad dream that I can’t wake up from. One thing is for sure though, I have the absolute best guardian angel a girl could ever wish for cause everybody knows you don’t play about me