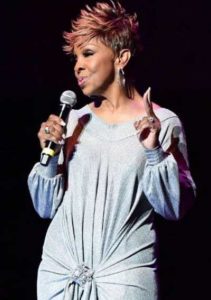 Like everyone else Gladys Knight too had her share of life’s ups and downs. She precisely speaks of it in lyrics in one of her all-time hits “The Best Thing That Ever Happened To Me”.

Also known as the “Empress of Soul”, the American singer, songwriter, actress, businesswoman, and the author went on singing that no matter the ups and downs, she has been lucky that the ‘downs’ in her life have been few.

Keep reading and find out for yourself if she really matched the words in lyrics with her real-life story.

The Pipe Dreams actress made her solo debut when only four. She sang at the singing at the Mount Mariah Baptist Church in Atlanta, Georgia, her hometown.

Then, she landed minor fame winning for the performance on the televised Ted Mack Amateur Hour. The same year, when she was eight, she, and her brother Merald, sister Brenda, and some cousins formed a musical group called the Pips (named after another cousin, James “Pip” Woods).

Together, they went a long way and continued to give major hits until the late 1970s, when they were forced to record separately due to some legal issues.

Until 2020’s summer, Gladys Knight had won seven Grammys with twenty-two nominations altogether. To name a few others, she won a BET Lifetime Achievement Award, NAACP Image Awards, and a Rhythm and Blues Foundation Pioneer Award.

The First Family star is known for the hits she recorded during the 1960s, 1970s, and 1980s with her group Gladys Knight & the Pips. The band joined the Motown Records roster in 1966 when they had “no sure hit”. Eventually, they gave away several major hits including I Heard It Through the Grapevine, Neither One of Us (Wants to Be the First to Say Goodbye), Midnight Train to Georgia, That’s What Friends Are For, and Best Thing That Ever Happened to Me.

In 1987, Gladys decided to pursue a solo career. And two years later, she recorded the title track “Licence to Kill” for the James Bond movie.

Success continued knocking her door with her third solo LP, Good Woman, fourth solo LP, Just for You, and more of her work.

At some point, the Rolling Stone magazine had ranked Knight among the 100 Greatest Singers of All Time.

This way Gladys Knight is believed to have piled up $28 million net worth, sometime before 2020’s September.

At the time of this writing, Gladys Knight was still married to her fourth spouse, William McDowell, a corporate consultant. They got married a long time ago in 2001. The same year, Gladys met her 14 years younger partner and soon they fell in love. She was 57 at the time, so having a child together was not an option.

Gladys was 57 when she met William, so having a child together was not an option. However, they have found themselves in bliss so in love with Gladys’s seventeen grandchildren and ten great-grandchildren. 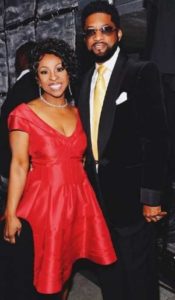 Last heard, the pair lived in North Carolina, where they also owned a community center that was formerly a school attended by William.

There, they bought Reynolds High School, once the only African American high-school in the area. Gladys and William held a fundraiser in order to renovate it so that it could be returned to the community. For William, who grew up nearby, it was a special moment. He had said, at the time:

“We are on sacred ground. This particular building, this particular area was the backbone of this community long before I came long. That’s what I want back, we should have no negative feelings about this place because this is us.”

Although there were no further details on William’s early life.

On his Instagram with more than one thousand followers, he writes— “Music is in my soul, management of any business in my head. All together with talent and sweat anything is possible”.

Apparently, William happens to be Glady’s manager. (One of the singer’s granddaughters is her assistant manager).

Shortly after their marriage, Gladys had confessed in an interview with SF Gate shortly that she never stopped believing in love, despite her disastrous marriages before her present spouse William.

Who Are Gladys Knight Ex-Husbands?

Married for the fourth time, thus far, Gladys Knight has three children with her ex-husbands.

Gladys was 16 years old when she got married for the first time. So, Wikipedia says she was pregnant before she tied the knot to Atlanta musician James “Jimmy” Newman in 1960. Together, they have two children, Kenya and James III. Unfortunately, as time went by, James became addicted to drugs and abandoned the family when Gladys’s was only twenty.

The second marriage lasted for four years. They share a son named Shanga Ali. Upon their divorce, in 1979, Gladys and Barry were involved in a heated custody battle over Shanga, the same boy Gladys spent over a million dollars looking for after he was kidnapped.

Between 1995 and 1997, amid fighting for the custody of Shanga, Gladys was married to motivational speaker Les Brown.