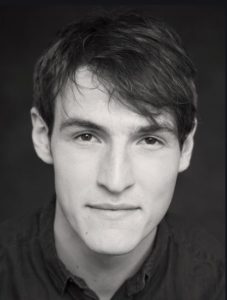 In April 2020, Hulu premiered it’s eagerly anticipated Normal People, a TV show set in Sligo and Dublin. The show was an instant success after receiving rave reviews from the viewers and critics.

In the show, Irish actor Eanna Hardwicke portrayed the role of Rob, Connell’s best friend from school. The character was marked as a milestone role in the TV show acting career of Eanna.

To get to know the beloved actor better, scroll down this wiki-style article based on the life of Eanna Hardwicke.

Eanna Hardwicke was born in October 1996. The actor was 23 years old at the time when this article was penned.

The Normal People star was born in Ireland so he hailed Irish nationality.

Eanna Hardwicke was born to his anonymous parents in St. Luke’s/Military Hill. But after a few years, his family moved to Glanmire where he was raised.

More on his family: Eanna has an older sibling named Richie Hardwicke. All of his family were supportive of him taking on acting as a career.

Getting into his academic background, he attended The Lir Academy, the National Academy of Dramatic Art. Eanna graduated from the same in 2018 with a Bachelor’s degree in acting.

Before that, he was studying at Aston School. He was awarded second prize in the U18 creative writing for the youth category in 2014.

Eanna Hardwicke stands at a height of 6 feet (1.82 meters) with a bodyweight of approximately 73 kilograms (160 lbs).

The actor’s flattened chin and elongated jawline with his chest-nut hair gave him a stunning look.

Eanna Hardwicke’s burgeoning social media following was increasing along with a thriving career as an actor. His Instagram account flaunted a total of 945 followers as of April 2020.

The actor also has a Facebook account where he updates his friends and family regarding upcoming events.

As long as Eanna Hardwicke could recall, he wanted to become a successful football player.

But acting-bug bit Eanna at an early age and unintentionally everything started to change for him. He attended the Gaiety Youth Theatre with his brother. But after a while, his brother quit the program leaving him to attend it alone.

When Eanna was 15, he joined National Youth Theatre which helped provide a lustrous touch in his acting skill.

Eanna made an acting debut in 2009 when he was only 12 years old. He landed the part of Thomas Farr in The Ecplise. Soon his dream of being a footballer was replaced by acting.

Along with the movies, the Irish hunk was actively involved in theatre gigs. As per his resume, he has 12 credits including the ones he did in The Liar Academy.

He had appeared in plays such as MACBETH, THE ASH FIRE, DALLIANCE, THE CAUCASIAN CHALK CIRCLE, GULLIVER’s TRAVELS, and several notable others.

In 2019, Eanna played Sagitari Lan-Dy in a TV show named Krypton (2019) marking it as his TV series debut. In the same year, his acting career took a different turn when he starred in Vivarium alongside Jesse Eisenberg.

The winning streak for Eanna continued when he landed the part of Rob in Hulu’s critically acclaimed TV show Normal People (2020).

According to the Instagram handles of Eanna Hardwicke, he was once dating Alison Oliver. 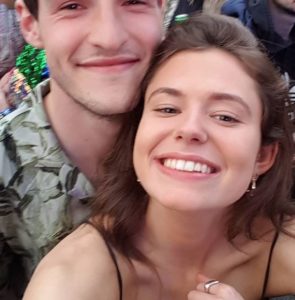 Eanna and his girlfriend together in June of 2019 (Pic: Eanna’s Instagram)

The relationship between Eanna and girlfriend Alsion was first made Instagram public in March of 2019.

The pair were dating each other until October of 2019. However, they stopped appearing together on social media by the end of 2019.

By the start of 2020, rumors of Eanna splitting with his girlfriend Alsion surfaced on social media. But, neither of the involved confirmed the break-up story.

As of April 2020, the relationship status between the two was in a bewildering situation.