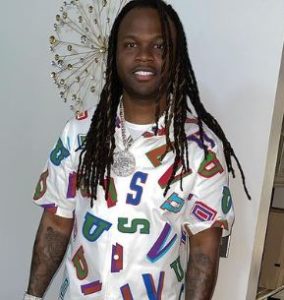 DThang was best known as a musician and brother of rapper Lil Durk. He was shot and killed outside Club O in Harvey. Ever since his death, people have turned their heads towards details on his life. Scroll down this DThang Wiki to learn more about Lil Durk’s brother.

DThang was pronounced dead by The Cook County Medical Examiner. They reported, “Case #5704: Dontay Banks, Jr., 32, black male. 7900 block S. Loomis, Chicago Autopsy has not been performed yet. Looks like it will be tomorrow so we’ll have results about 3 p.m. central.”

Witnesses at the scene told he was struck in the head and died instantly. However, further details surrounding the incident are still to be revealed along with the identity of the killer.

DThang celebrated his birthday every year on 15 September. He turned 32 years old while celebrating his birthday in September 2020. Furthermore, he is a Virgo by zodiac sign.

DThang AKA OTF DThang — real name Dontay Banks Jr. — was born to his father Dontay Banks Sr. and his mother LaShawnda Woodard in his hometown of Chicago, Illinois.

Talking about his parents, his father, Dontay Sr., one of the four reputed gang members, was incarcerated in 1994 for thirty years for distributing crack cocaine on the South Side.

Dontay Sr. was the ring leader whereas his girlfriend Monica Boguille was given a 10-year-term. He had three subordinates, Robert Shipp his top lieutenant, Mario Dunlop, and Alton Mills. They distributed 20 kilograms of crack. As testified by suppliers, DThang’s father was delivered 85 kilograms of cocaine from the fall of 1991 to May 1993.

As for DThang’s mother, LaShawnda authored and published a book in March 2021 titled 7220. The book that she calls the memoir was a tribute to the community that she was raised in and the family that supported her. It was her story of raising her kids as a single mother.

Based on her Facebook, LaShawnda attended Richard J. Daley College.

Furthermore, about her family, DThang’s single mother raised him and his older brother Lil Durk and their sister Niesha Banks.

With a lean body type, OTF DThang stood tall at a height of 5 feet 7.5 inches (1.71 meters). Whereas, he weighed 62 kilograms (136 lbs). He kept long dreads and had multiple tattoos on his body. He resembled battle rapper Arsonal.

Coming to social media reach, OTF DThang could be discovered on all forms of social media platforms. He was also on three of the highly used platforms Instagram, Twitter, and Facebook.

Furthermore, his Instagram account garnered 156k followers in total. He had 629 posts on the platform. Moreover, he was also on Twitter where he boasted 55.2k followers. At the time of this writing, he tweeted last less than a day ago.

DThang was also on Facebook where he was equally active posting the highlights of his life.

While DThang might’ve worth almost $1 million, it wasn’t always the case for him and his brother.

DThang rose to fame along with his brother Lil Durk AKA Durk Banks. But, both brothers went through the harshest of times dealing with poverty early in their life. So, street life seemed more enticing to him and his brothers.

Lil Durk released two songs Sneak Dissin and I’ma Hitta. They were meant to be signed with rapper Chief Keef and French Montana but the label fell through. Later in 2013, DThang and his brother accepted a joint venture between Only the Family and Def Jam Recordings.

DThang was in a relationship with his baby mother for at least 5 years. Together, he and his girlfriend turned baby mother welcomed a daughter then a son. His daughter Dior turned 6 years old while celebrating her birthday on 28 May 2021. 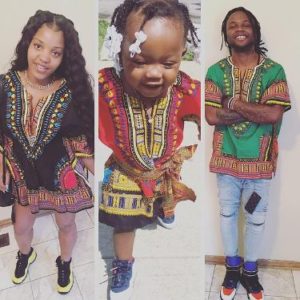 DThang with his baby mother and his daughter (Pic: DThang IG)

In the same way, DThang’s son was born on 27 September 2017 and turned 3 in 2020. As for his baby mother, she celebrated her birthday on 24 September and he never missed wishing her a  birthday.

However, there existed no details of the two ever getting engaged and married. In other words, his girlfriend was never his wife.