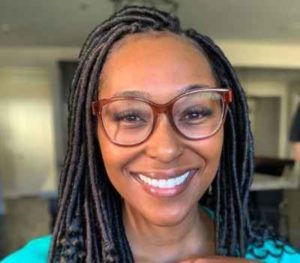 Dr. Ebonie Vincent, a Board Certified Podiatrist dedicated to getting people back on their feet again, got herself a deal with TLC medical docuseries, My Feet Are Killing Me sometime in 2020. And, soon she won viewers over with her compassionate personality and thorough examination style in a completely unusual, never-before storied, reality TV program.

With Ebonie based on the west coast and her co-star Dr. Brad Schaeffer on the east, two podiatrists were ready to take on some of the most jaw-dropping, eye-popping foot problems, in the new season of the program, scheduled from Jan. 25, 2021, onwards.

So, Dr. Eboni Vincent comes from a family of medical practitioners and educators. And because she grew up in her hometown of Temecula, California, we figured her nationality is American.

Her father, Bill Vincent, is a doctor and her mother, Eugenia Vincent, is a retired educator of 30  years. At the time, her parents had already been together for four decades.

For siblings, Eboni has an older brother who is also a doctor. He is named Dr. William Kyle Vincent. They are a tight-knit bunch. 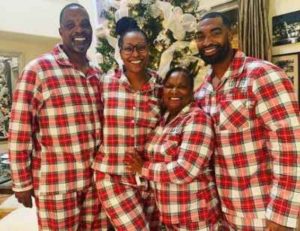 Eboni says, her family as a whole has been extremely influential and it was them who geared her in the right direction.

At one time, her dad had ruptured his Achilles tendon and had surgery. Despite his condition, he flew on a plane just a week to see Eboni graduate from college. This developed a blood clot in his injury which Eboni said was extremely life-threatening. She explained, the moment really shaped the way she now treats her patients.

Forever seen with a smile on her social media, Dr. Eboni Vincent stands tall to a 5′ 9″ height and a lately reported weight of under 61 kg. As often as she could free up her busy schedule, she invested it in fitness hobbies such as hiking, swimming, or gym workouts.

Dr. Ebonie attended Hampton University majoring in Biology. Wanting to get into the medical field, with an emphasis on sports medicine, she studied MSc in Biomedical Science at Philadelphia College of Osteopathic Medicine. Eventually, she spent four years at Des Moines, Iowa where she completed three-year intense surgical residency training at Inspira Health Network before going into her own private practice.

Currently (2021), her LinkedIn mentioned her as the foot and ankle Surgeon working with the Orange County Podiatry.

In an interview, Ebonie revealed she first heard about her TLC gig from an office manager at Orange County Podiatry. One of the show’s producers was impressed by the amount of video she incorporated into her website, doctorebonie.com, and so, a Skype interview was all it took to seal the deal. Although, at first she thought it was just spam. “We ignored them but they kept coming so my boss finally said ‘check this out’.”

“I like being the type of doctor who can fix things that you see.”

While the average Podiatrist salary in Orange, California was estimated at $232,480 as of Dec. 2020, Dr. Eboni Vincent had also reportedly saved over $1 million.

Well, Dr. Eboni Vincent was clearly single and never before been married, amid the release of her TLC gig.  She also did not have any kids but sometime before, during an interview, she said she sees herself married, with a husband and kids in another five years.

Neither Eboni nor her co-star from the show, talk about their private life affairs. And this may be the reason why many of the show’s fans expressed how they would love to see her and Dr. Brad Schaeffer get together.

“That’s why they hired two of the most gorgeous foot doctors on earth. The feet are gross, but Dr. Ebonie and Dr. Brad give you something pleasant to look at and distract you from the icky.”

But the fact that they lived in two different states did not quite sum up if they had any romance going on, outside of the show.