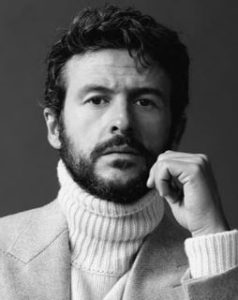 Netflix announced new cast members for season four of the TV show Elite directed by Carlos Montero and Dario Madrona. And among the new casts was the acting vet Diego Martín.

Diego gained prominence starring in dozens of TV shows and movies. And for the young fans of the coming-up-age show, Diego might be a new individual.

So, we’ve put together this wiki-article based on the life of Diego Martin, so delve in to learn more about him.

Diego Martín was born on 21 September 1974. He turned 45 years old while celebrating his birthday in September of 2019.

Per his date of birth, he hailed Virgo as his zodiac sign.

Diego Martín Gabriel was born to his anonymous parents in Madrid, Spain. While Diego remembered his mother and father with posts on Instagram, no further details on them escaped public attention.

More on his family: actor Jacobo Martin Gabriel is one of Diego’s known siblings. Jacobo is known for Motivos Personales (2005), Hospital Central (2003), Los Serrano (2003) among a few notable others.

Being born in Madrid, Diego cited himself as a Spanish national.

The Spanish movie and TV star somewhat is a close resemblance to a mix of actor Hugh Jackman and James Franco.

Elite actor Diego Martín stands at a height of 5 feet 8 inches (1.72 meters) while weighing 67 kilograms (147 lbs) at the time of this writing. Moreover, the combination of his facial hair with his distinct jawline further and wavy hair amplified his looks.

However, his whereabouts on other platforms including Facebook and Twitter appear to be non-existent. Even though there are several accounts with his name, none of the accounts proved to be authentic.

Diego initially planned and set out to become a lawyer. But, the plan and his career path changed after he dropped out of college where he majored in law. He also focused on becoming an interpreter and joined MA Conejero.

Followed by that, Diego went on to become a student of Armando Vidal. He also joined Juan Carlos Corazza School after he completed his training.

The Spanish actor also joined the movement and expression course with Antonio del Olmo. He then enrolled for a stage direction course offered by RESAD in 1998.

During Diego’s 23 years’ worth of career as an actor, he was able to build himself an impressive resume. He debuted his on-screen work landing the role of Student in Resultado Final (1997).

Sure, Diego Martín played the role of lover, boyfriend, and husband throughout his career. But his real-life lacked the romantic attachment, as he is barely seen with anyone else.

There is no doubt Diego stole the hearts of many young women but, the wife prospects in his life still stayed away from the media attention.

Either the actor kept his potential girlfriend and romantic entanglement away from media, or he didn’t see himself in a serious relationship at all.

Either way, fans need to maintain the patience and wait for any development on that front of his life.