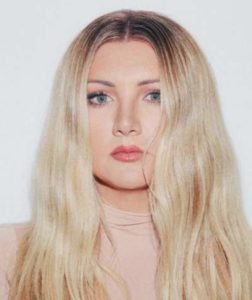 “I know I always say ‘my BFF,’ and I definitely have lots of them but Allison and I go way, way back”— said Kim Kardashian West referring to Allison Statter, her bestie since childhood, and their friendship.

Allison has not spent much time in the limelight with the Keeping Up With The Kardashians but their decades-long friendship remained alive and blooming no matter what. To the extent that they decided on giving it another name as business partners.

Tune in to now more about Allison’s collaboration with Kim. Also in the writing, you may find detailed exclusives on Allison’s wiki, career, and personal life.

Allison Statter celebrates her birthday every year on the 12th of January. On her 2016’s birthday, Kim K created a beautiful message, alongside a childhood picture of them together. She wrote:

“Happy Birthday to my best friend Allison. We’ve been through it all together & there’s no one else I’d rather experience it all than with u. I can’t wait to achieve our goals 💰💵”

Meanwhile, in January of 2020, Allison turned 40 years old. Also, as per her birth date, one can say her zodiac sign is Capricorn.

Allison Slatter’s dad, Irving Azoff, is an American music-business personal manager who reportedly made a net worth of $300 million, until the year 2010. 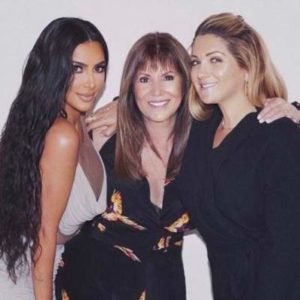 Actually, Allison and Kim’s relationship goes all the way back to elementary school when their respective mothers were best buddies.

Allison’s parents have been married since 1978. And, she has three siblings: Cameron Azoff, Jaye Azoff, and Jeffrey Azoff.

Fair-skinned and blonde, she is a complete resemblance of her mother.

Allison Statter is active on Instagram with 63 thousand followers (until 20th August 2020). From what it appears, she does not enjoy putting her personal life out in the public.

On 17th August 2020, Allison Statter and Kim K took to their respective Instagram, the announcement of Kim K’s beauty brand KKW BEAUTY’s collaboration with Allison. They named the venture as “KKW x ALLISON: A collection featuring versatile and compact glam essentials for the everyday busy woman who wants to make her look on-the-go.” 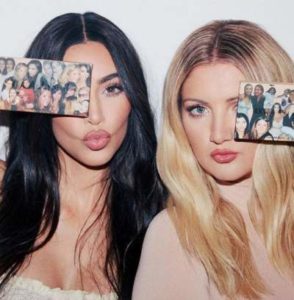 Apart from this new progress, Allison has been long working as one of the founders and CEOs of Blended Strategy Group, a branding agency that also works with celebrities and influencers. Over the course, she worked with many famous clients, including Revlon, Reebok, Tiffany & Co, and celebrity stylist Jen Atkin, who oftentimes works with the Kardashians.

Allison said being in this business, in Los Angeles, around celebrities, is something she is most comfortable around because she was raised by parents working in the very industry.

For 5 years, between 2010 and 2015, Allison earned her creditability working at azoffmusic.com.

Allison, who appears to be friends with the whole Kardashian family, also worked with Kim’s sister Kourtney on launching her lifestyle brand, Poosh.

While Allison Statter owned a reported $10 million-plus net worth, her dad had a whopping $300 million fortune.

As of August of 2020, Allison Statter was happily married to Richard Statter. Richard, according to his Linkedin profile, is Executive at United Talent Agency, based in Los Angeles, California; the same place, Allison and Richard chose to raise three young boys.

Last reported, amid 2017, Allison and her husband lived in a 1950s Beverly Hills home in the Canyons. They had moved in the place with their three sons circa 2013’s March.

Allison said at the time that she and her husband tend to have very “comfortable and welcoming” homes. And it was with the exact thoughts in mind, they had bought this home.

Allison as well as her hubby seemed quite spotlight-shy. For some reason, it looked like, they keep their distance from the media and public.

Allison sure speaks of her motherhood, and kids in her interviews. But, she is seldom seen, publicly, posing for the family portraits with them.