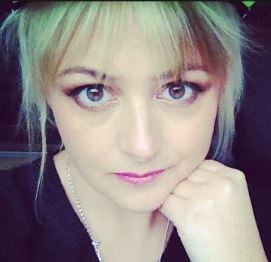 Desta Ostapyk became a household name after starring in the home design show “Love It Or Lost It.”

Tag along and discover Desta’s important wikis including her age, net worth, and married status. Moreover, find out where she is now.

Where Is Desta Ostapyk Now?

In 2008, Desta Ostapyk joined the cast of “Love It Or Lose It.” Working as a design assistant on the show, she then quickly became a fan favorite.

Admired for her quirk personality, Desta earned praises for her inventive approach and on-spot design. Together with the “Love It Or Lose It” crew, she helped redesign some of Canada’s worst built houses.

Following two glorious seasons, Desta quit the show. From there onward, she went on to do great things in the arena of interior design.

In Spring 2020, Desta shared she was returning to reality TV after a decade-long hiatus. Per her IG post, the famed interior designer would appear in “Making It Home with Kortney & Dave.”

Desta Ostapyk hails from a Canadian family and grew up with a brother named Danny. Likewise, she stands above five feet six inches in stature in height. Meanwhile, Desta allegedly turned 37 years old in 2020.

At an early age, Desta knew she wanted to become an interior designer. What’s more, a young Desta would rearrange the furniture and decorations of her house.

Talking about her mom’s positive influence, Desta once shared:

“When I was younger, my mom had me involved in taking [off] my own wallpaper, my window treatments, and even crafts too. We would go to the craft store and she would say ‘okay we’re gonna make this’ so we would go home and I would be the one who ended up making it.”

Chasing her aspirations, Desta attended the Toronto International Academy of Design and Technology. In 2005, she graduated with a diploma in Interior Design from the same.

Between 2000 and 2002, Desta attended Mount Royal University. For high school, she had gone to Bishop Grandin High School. Believe it or not, Desta initially planned to pursue a career in fashion designing.

Based in Toronto, Desta launched “Design By Desta” in Feb 2014. Three months earlier, she and her business partners had started “Stock In Trade.” Now a freelancer at “Rooms of 6ix,” Desta accumulated over $800 thousand net worth by 2020.

As of May 2020, over 8.5 thousand people followed Desta Ostapyk’s FB page. Meanwhile, her IG handle owned around 2.9 thousand followers. However, neither social media platforms suggested Desta was a married woman or that she had a husband and kids.

Design By Desta Love It Or Lose It Rooms of 6ix