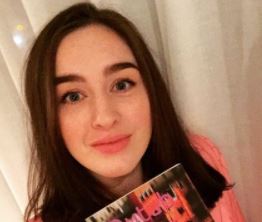 Danielle Galligan is back again for another fictional series, Shadow and Bone — fighting in the land of Ravka as a waffle-loving Heartrender, “Nina Zenik”. Her character (an ex-soldier joining Kaz’s gang) was defined as a crossover between the timelines of Shadow and Bone and Six of Crows.

Previously, she gained recognition after her brief appearance as “Sarra” on Game of Thrones season 8, episode “The Last of the Starks”. If you don’t remember her, she was one of the girls Podrick Payne left the hall with, after she failed to seduce Sandor Clegane.

Here is everything we know about Danielle Galligan.

As per her birthday, Danielle is of the Sagittarius zodiac.

Talking about her family, Danielle was born to parents Lorraine and Tom Galligan. They often appeared over her Instagram and it seemed Danielle’s mother, Lorraine was a humorous person like her daughter.

In June 2020, the mother-daughter duo was dressed up as the “GangsOfNewYork” characters as they went out for a dinner. Danielle uploaded a picture of the day captioned, “just a couple of meat-headed shit-sacks not giving a tuppenny f*ck.”

Also, Danielle had a grandmother who sparked her love for acting.

As a child, the future star never thought that she would go on to be a performer. Though she shared that she often performed in front of her family at home, she wasn’t interested in acting at all. But one day, Danielle’s grandmom took her to see a play, and there she realized what she wanted to become in the future.

However, midway, she briefly thought about studying medicine or even becoming a pilot.

For hobbies, Danielle loved writing poems. Although she doesn’t refer to herself as a poet, Danielle has been scribing her creativity for years. You may find some of her poems online titled: When the angel came to me, Pit, Tattoo of you, Once upon a winter, and many more.

She also dedicated a poem to her mother titled “A Poem For You”.

Mentioning her distinct features, Danielle has blue eyes and brown hair. Also, she has her ears pierced and loved to wear earrings.

As of Dec 2020, Danielle entertained 16.5K followers over Instagram. A part of her bio wrote,

Danielle Galligan’s net worth was estimated to be over $100 thousand in 2020.

As an actress, Danielle only had movies and TV shows credited to her name. Listing them are:

However, Danielle has garnered over 20 theater credits. She has performed in plays like Summertime, We Can’t Have Monkeys in the House, The Playboy Riot!, 12 Christmas Poems, The Grimm Tale of Cinderella, and many more.

In light of her there training/education, Danielle attended Ann Kavanagh Young People’s Theatre from 2005 to 2011. Later, she joined The Lir Academy, Trinity College, from 2012 to 2015.

Did u know: Danielle is also a screenwriter. She wrote her first script for the short film Strangers in the Park in 2017.

If you follow Danielle Galligan over Instagram then you may have seen her post from Feb 2020, where she posted a picture, embracing her co-star from Shadow and Bone, Calahan Skogman.

Over the caption, she shared that it was a picture from the set and was “just trying to make” Calahan laugh. How could fans help themself by not shipping the duo together after that?

Calahan often uploaded pictures of them over his Instagram. Over March 2020 post, we could see the stars in each other arms with an untitled caption. The comment section was flooded with how good the two looked together.

But thought her on-screen love interest, Calahan (Matthias Helvar) might seem like the perfect boyfriend her Danielle. As of 2020, they weren’t dating in real life.

Shadow and Bone would be Calahan’s first major role in the entertainment industry. We cannot wait to see how things turn out.