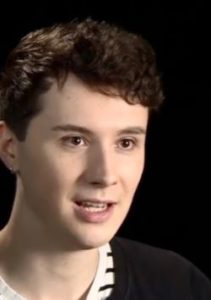 Dan Howell is one of those people who were made by the advent of the internet and the rapid increase in the popularity of Youtube.

Read along to know more about the famous Youtuber, including his dating status, partner, net worth, and family.

Dan Howell is from Winnersh, one of the suburbian towns in Berkshire, England. The YouTube sensation was born into a working-class family, where his father worked in a departmental store and his mother owned a small business of beauty salon. Apart from his parents, he also has a sibling in the family, younger brother Adrian.

Dan got his school education in The Forest School, from which he graduated in 2009. Then, he joined the University of Manchester to get the education in the law but later dropped out because he wasn’t interested in the subject.

Instead, he started to focus on radio presenting and video blogging.

As Dan Howell was trying to make a career in the blogging sector, Youtube was the best option for him. He uploaded his first video in 2009, and since then Youtube and video blogging was his primary career.

By 2020, Dan’s eponymous channel on Youtube had 6.5M subscribers. He also collaborated frequently with his best friend Phil Lester in the channel DanAndPhilGames with 3M subscribers.

Apart from Youtube, Dan also had a career going in radio presenting. In 2013, together with Phil Lester, he was the presenter of the Sunday Evening Entertainment Show in BBC Radio 1.

Thanks to his wide-ranging and highly successful career, Dan had accumulated the net worth of over $3 million by the end of 2019. 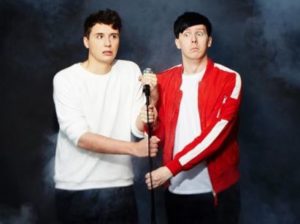 Dan Howell and Phil Lester sharing a stage circa 2018

In 2019, Daniel Howell publicly came out as gay on his Youtube channel. After the video was uploaded, various speculations started to circulate among the fans regarding his dating info. Many guessed that Phil Lester was actually his partner and not merely his best friend.

Dan later revealed that he was dating Phil in the past but didn’t say if Phil was still his partner, wanting to rather keep their dating life personal.

Dan did mention that he and Phil were “companions for life” and the two of them shared a home.