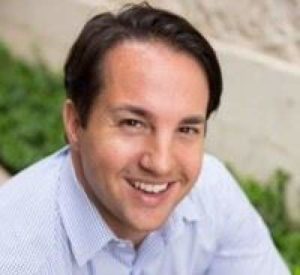 We remember Kameron Westcott from Bravo’s reality TV shows Real Housewives of Dallas. She continued starring on the show since her joining during season 2 in August 2017.

And as the network dropped its fifth series on January 5, 2021, she teased her fans that her husband Court Westcott will be featured a lot more this season. Especially because they prepared to move into their new home amid filming.

So, until then, find out everything you need to about him.

Court Westcott comes from one of the most prestigious families in Dallas. According to Bravo, even his then-girlfriend Kameron was a bundle of nerves when first meeting them. “They are a dynasty in this town,” she said, sometime before.

Court’s father, Carl Westcott, is the founder of Westcott LLC. Since the company’s establishment in 1996, the entrepreneur and investor branched his career in real estate, technology, energy, finance, and consumer services.

Following the divorce, the Court’s mother sold the family’s 14,000-square-foot mansion for about $12 million in March 2017.

Not to mention, Court also has a brother with the name Chart Westcott. COO of Ikarian Capital, LLC a long/short equity biotech-focused hedge fund, Chart attended Vanderbilt University just like his brother. He then returned home to attend SMU Dedman School of Law. While still retaining interests in family businesses, he no longer worked full time at his father’s established company.

Court Westcott stands to a height of 5′ 6″, which is noticeably a few inches lower than his wife’s; and a lately reported weight of 75kg.

During the previous season RHOD, Kameron admitted that she was not initially attracted to Court because of their height difference. And so, Court had to ask her out eight times before she agreed.

Court Westcott, the tech nerd, and venture capitalist did seem not as enthusiastic about social media. While his only page was found on Instagram, it remained private with not more than a few hundred followers.

Speaking of education, Court Westcott holds a B.A. in philosophy and political science from Vanderbilt University. He also has an MBA from SMU’s Cox School of Business.

Currently (2021) a managing partner at Westcott LLC, his LinkedIn described him as a private early-stage tech investor with a primary focus in Augmented Intelligence (CV, AR, AI, and NLP). He is also interested in disruptive deep frontier tech. And that he primarily invested in European and US companies in seed and Series A rounds.

Circa 2013, he notably invested $2 million in a German startup which Apple had bought later “for millions upon millions.”

This way, the Dallas, Texas native Court Westcott had collected more than $20 million.

Court and Kameron Westcott got married over a lavish San Ysidro Ranch, Montecito wedding in 2009.

The couple first met in Dallas, when Kameron was in college. After over a year of dating, they got happily engaged.

Fast forward to more than a decade, they share two kids: daughter Hilton, 10, and son Cruise, 8 (ages as of Jan. 2021). They appear a happy family, playing board games, going to the beach in Montecito, and traveling whenever time suits them. 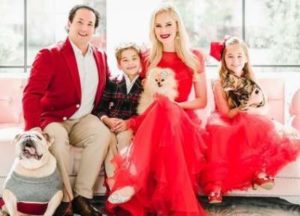 The Westcotts during the 2020 holiday (PIC: Kameron’s IG)

Not long ago, Kameron had assured RHOD fans that they would get a closer peek into her marriage on the fifth renewal of the show.

“There’s a lot of ups and downs with that journey and my husband’s very involved with it.”

And while Court was not as thrilled with the idea of being on camera, Kamerion said “he’s been a good sport about it all”, plus that he even filmed a scene at the gazebo in his childhood neighborhood where the couple got engaged.

With Page Six, Kameron also explained that she would never do a televised vow renewal no matter how much her viewers would love to see it.

“I’ve seen with other ‘Housewives,’ sometimes it doesn’t go too well. So I don’t think I would, but I might do it later down the road one day in life, but not right now of course.”

Around the time, she had also admitted to The Daily Dish that because her husband was “extremely conservative, and he does not like to be flashy”, he did not like when she got flashy on RHOD episodes. She said Court would say to her something like, “Babe, that’s so tacky. Don’t do that.”