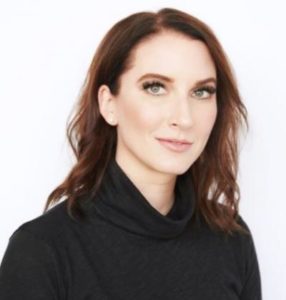 Clea Shearer and her business partner, Joanna Teplin are one of the most sought-after home organizing duos in the country.

They have become more of celebrities themselves after beautifying the closets, pantries, and playrooms for A-listers like Kim Kardashian, Gwyneth Paltrow, Reese Witherspoon, Thomas Rhett, Kacey Musgraves, and more.

And, what’s more, they are soon to become a global household name with the release of their TV show Get Organized with The Home Edit on Netflix.

The expert home organizer duo will be seen helping celebrities and everyday clients edit, categorize and contain their clutter to create stunning spaces.

Not to mention, before Netflix took notice of them, they had teamed up with Reese Witherspoon’s media firm Hello Sunshine to produce Master the Mess.

While you wait for its release, get to know everything there is to, about one-half of the Home Edit pairs: Clea Shearer.

Born in the year 1982, Clea Shearer turned 38 years of age in 2020’s February. And, because grew up celebrating her birthday every year on the 1st of February, one can say her zodiac sign is Aquarius.

Clea Shearer’s maiden name is Clea Driscoll. She was born and raised in Los Angeles ad her mother, Roberta Cummings, raised her to be one as well.

Clea loves her parents dearly. For her, her “parents are the best”.

Her folks, who are still together, are very proud of her endeavors.

More to Driscoll-family is Clea’s only sibling, Dashiell Driscoll, a well-known journalist, writer, and actor best recognized as the mind behind the You’re Welcome series on the popular comedy website Funny or Die. Clea is five years his senior.

Dashiell and Roberta — Clea’s known relatives — are among the long list of family members connected with the Nathan Cummings Foundation.

Clea Shearer is tall and dark-haired, with trendy black-framed glasses highlighting her long lashes. It is also obvious she possesses a high-energy persona. Shoes and champagne are her favorites.

Meanwhile, on Facebook and Twitter, where she had relatively a very plain fan-following, she seemed rather private.

Further, she and her business partner jointly owned accounts on Instagram, Facebook, and TikTok with the handle: THE HOME EDIT, where they hoarded 1.6 million, 56.695K, and 25.5K followers, respectively.

Clea Shearer moved to Nashville from Los Angeles for the first time, in 2015. Her now-partner Joanne too was new to Nashville. They both knew absolutely no one except their respective husband and two kids. The couple had so much in common, shared similar beliefs and four hours later after meeting for a coffee for the first time, through a mutual friend, they were business partners.

They founded The Home Edit, a full-service home organization company based in Nashville, in August 2015.

Meanwhile, before starting The Home Edit, Clea briefly worked at an online interior design studio, Laurel & Wolf, and many other ventures before that.

The former MySpace marketing coordinator received her Bachelor of Business Administration in Design Management from Parsons School of Design from 2000 to 2004.

Coming to the meat of the article, Clea Shearer summoned beyond $4 million in net worth.

The day: 28th September has been marking Clea Shearer and her husband John Shearer’s anniversary every year, ever since they got married in 2008. 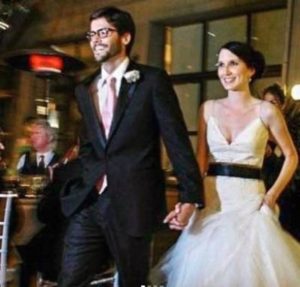 Her husband, John is a professional photographer and director. Reports say, he shoots live events as well as single and album covers and other promotional photos. With over 43.3K followers on Instagram, he is represented by Greyland Reps and syndicated by Getty Images. 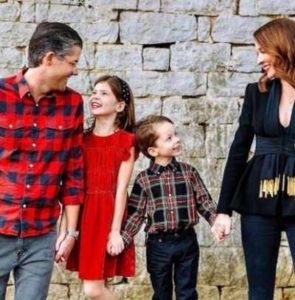 Together, Clea and her husband have two kids: a daughter named Stella Blue and a son named Sutton Gray, both of whom frequently appear on Clea’s Instagram. As of 2020’s March, her young ones: Stella and Sutton turned eight and five, respectively.

Clea, not long ago, spoke about Sutton’s medical condition termed as Tourette’s Syndrome. She chose to talk about it publicly after she found out about Elijah McClain being shot by police because he was “different.” She wrote in an Instagram post:

“…His tics are minor eyebrow raises and a sniff/throat clear/cough. He’s also 6 years old and weighs 35 pounds. The internet loves him, but will kids accept him? Probably not. He’s going to be ‘different.’ But the worst we will deal with is bullying. No one will call the cops on my ‘different child,’ and he will not die from police brutality.”