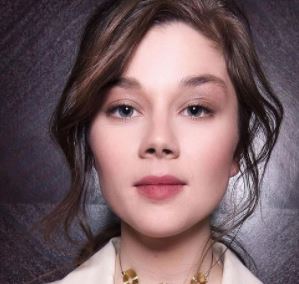 Claudia Jessie made it to Bridgerton’s cast and she portrayed Daphne’s younger sister “Eloise Bridgerton”.

The Netflix show featured the eight close-knit Bridgerton siblings’ search for “love and happiness” in London high society. Among the siblings, Claudia’s character was the second in line to Daphne (Phoebe Dynevor) who sparks a romance with the duke Simon Basset (Regé-Jean Page).

Here is everything we know about her.

Claudia Jessie was 31 years old when Bridgerton premiered in 2020. However, her character was Eloise was below 18, or at least too young to take a husband.

She celebrates her birthday on October 30. That makes her of Scorpio zodiac.

Claudia Jessie was born in Birmingham, England but grew up in London in a single-parent family. Her parents split up when she was just a child, and she was raised by her mother, whom she credits for her inspiration and success.

Growing up was tough for Claudia. She recalled that her dad (when he was still there) would be arguing with bailiffs at the door, struggling to pay rents. After he was gone, Claudia’s mother worked cleaning houses to houses, just to give Claudia proper ballet lessons.

She looked back and said,

“I didn’t come from a financially stable place, so seeing the payoff for them is unbelievable. That means everything to me. It is my proudest achievement.”

Furthermore, Claudia added that she was homeschooled and endured “panic attacks and extreme anxiety” while growing up. But then, she stumbled upon “Nichiren Buddhism” at the age of 14 and found sanctuary in it. Even now, she meditated at least an hour a day.

Information on her siblings was unavailable.

Though Claudia might be a little chubbier than Carey, their forever-young faces showed somewhat of a similar resemblance.

If she wasn’t in the entertainment industry, Claudia confessed that she would pursue to be a psychotherapist.

But she was happy with her career decision. She also took the time out to thank her “greatest agent in the world” because he taught her “patience and how to get rid of any fears” about her job.

Furthermore, it was also Claudia’s agent who believed in her when everyone else rejected her. She was having a hard time after moving to London, just leaving the LGBTQ theatre company at the age of 21.

Her advice to aspiring actors was to think of your career in acting as a “marathon.” “Let things grow organically” and “try to create a life as vast as possible so that you don’t end up defining yourself by your job.”

Claudia Jessie’s role on Bridgerton as “Eloise Bridgerton” comes off as a “loud and opinionated” sibling. Unlike other sisters, Eloise she wants a life full of adventure, not bound by a husband or a family. We could see her smoking after dark and taking part in any riddle she gets her hands on, like uncovering Lady Whistledown’s true identity.

According to Claudia, her character was “quick-witted” like her. Though she “wasn’t sure how”, but Claudia loved Eloise’s humor, and portraying comedy was definitely her greatest love.

Claudia Jessie was taken as of 2020. She was in a live-in relationship with a man named Joseph since 2015. However, we don’t know if Joseph was her boyfriend or husband.

All she shared about him was that Joseph was a sound engineer and they first met while she was filming episodes of Doctors in Birmingham. Also, Claudia mentioned him as her “partner”, which certainly didn’t clear things up either.

Furthermore, the name Joseph often popped up in her interviews. She once shared that she was a fan of “comedy” dramas and she would often watch them with her “mother and boyfriend.” Moreover, she wouldn’t get tired of rewatching her shows. In her worlds,

“Everything that I’m in, I watch with my mum. And then I’ll make my boyfriend watch it with me later.”

If you didn’t know, Claudia hated any photographs of her on social media. But when she was playing someone else, she felt like she was “removed from it”, so she didn’t mind watching scenes with her in it.

This was also the reason why Claudia secluded herself from social media. She shared,

“Social media provokes more anxiety in me, looking at images of other people, and at comments about myself, and I’ve got a natural propensity to not be very nice to myself.”

One Reply to “Claudia Jessie Husband, Parents, Siblings, Looks Like”