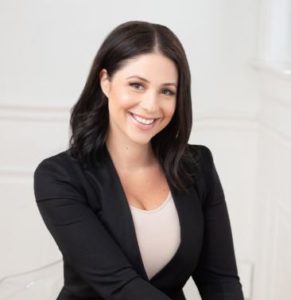 Chelsea Gheesling earned fame as the wife of American TV and YouTube Personality Dan Gheesling. The couple announced merry news of expecting a new member of the family in early June 2021. Fans seemed excited to know more about the mother of the child.

Hence, we bring you Chelsea Gheesling Wiki where we cover all the aspects in Dan Gheeslings wife. So tag along!

Chelsea Gheesling celebrates her birthday on 18 November. She turned 36 years old in November of 2020. Furthermore, she owned Scorpio as her zodiac signed based on the details of her birth.

Chelsea Gheesling (Niemiec, her maiden name) was one of the four kids to her parents: Scott Niemiec and Mary LeBlanc Niemiec. She hailS from her hometown of Commerce, Michigan, the United States.

Almost no details surfaced on Chelsea’s mother, except for the fact that Mary was an endeared mother and grandmother of her kids and grandkids. Whereas, Scott graduated from Eastern Michigan University and worked at General Motors as an Engineering Group Manager.

Furthermore, Scott and his wife Mary stayed married for over three decades as of this writing. Chelsea’s parents celebrated their anniversary in May 2021.

Pierce Niemiec attended Orchard Lake St. Mary’s Preparatory and was in Men’s Lightweight Rowing and was in the Navy. During his high school years, he had earned seven varsity letters; two for wrestling, two for rowing, and three in football.

A year younger than Chelsea, Austin Niemiec attended Orchard Lake St. Mary’s Preparatory for high school. He also attended Hillsdale College from where he earned his B.A. degree in Business, Management, and Marketing. Austin has been working for Quicken Loans for almost 12 and a half years currently holding the position of Executive Vice President. He is married to Theresa Niemiec.

As for Grant Niemiec, he is a student-athlete at Miami University.

Chelsea is active on all forms of social media. She is on Instagram with 2593 followers as of 9 June 2021. Though she posted 610 times on the platform, she kept the account private. Likewise, she is also on Twitter with 11.2k followers. Whereas, she is also on Facebook and boasts 457 followers in total.

By then, Chelsea had already founded a non-profit named Good Girl Comeback, Inc in October of 2011. The goal of the organization was to empower teens to set goals that build confidence, kindness, and personal fulfillment.

Whereas, in December of 2016, Chelsea co-founded Budledmi with her partner Courtney Taylor. The business creates gift boxes with products from local businesses.

On top of that, Chelsea also co-founded Chick in the Mitt. According to her Facebook, it is a blog where you will find real & honest write-ups about Michigan-based businesses. from our heart. The hope for readers is that you join us in our journey to See, Hear, Touch, Taste, and Feel the state we adore.

All of this contributed to Chelsea’s estimated net worth of $800 thousand.

Ending this section with Chelsea’s academic qualifications, she attended Monterrey Institute of Technology and Higher education and graduated in 2005. Furthermore, she earned her bachelor’s degree in 2006 from Madonna University in Journalism/Marketing/Public Relations.

Chelsea Gheesling and Dan Gheesling have known each other for over a decade. The American TV personality made his debut on Chelsea’s Facebook in August of 2010. The couple tied the knots in 2011. More precisely, they shared their wedding vows on 2 July. 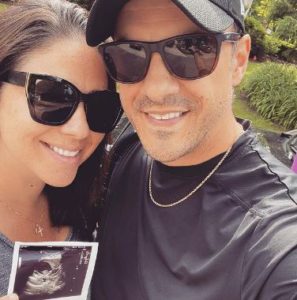 On Valentine’s day 2016, Chelsea and Dan announced they were welcoming a baby. After five years of getting married, they welcomed their firstborn son Desmond Daniel Gheesling on 3rd July 2016.

The couple also welcomed their second baby Miles Gheesling in 2017.

Furthermore, the couple announced expecting a new baby in June 2021. Chelsea and her husband posed holding a sonogram of the newest member of their family. In the IG post, Dan captioned, “Excited to welcome a third child to our family!!! We are very excited =)”