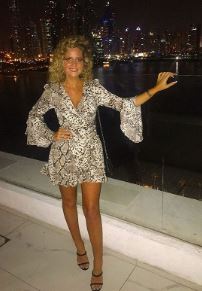 Since its inception, the Internet has always aided the world to unearth new singing sensations.

Charlotte Awbery arrived from the long line of musicians who became famous off a single viral video. Her powerful rendition of Lady Gaga and Bradley Cooper’s “Shallow” on the subway took the internet by storm on 20th February 2020.

On 16th February 2020, content creator Kevin Freshwater uploaded a video segment titled “Finish The Lyrics.” In it, he traveled through subways and streets, asking random commuters to complete the lyrics of popular records. Charlotte happened to be one of the said commuters.

When approached by Kevin, Charlotte was caught off guard. Nevertheless, she belted out the lyrics to “Shallow.”

Impressed by her vocal chops, Kevin pleaded with Charlotte to sing more. The talented songstress complied.

A star was born after the said video went viral.

Get to know Charlotte Awberry’s age, wiki details, relationship status, and occupation by running through her bio! Also, find out if her virality was staged!

The viral sensation must identify as belonging to Caucasian ethnicity. Her birthday pals were Derrick Rose and Rich Homie Quan.

Charlotte ran across Kevin Freshwater in the London Underground. Reports online claimed her to a Romford native. She holds British nationality.

Per her Instagram posts: Charlotte couldn’t be her biological parents’ only child — she was siblings with a loving brother. She also flaunted her grandmother on the social media platform. 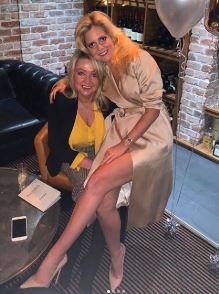 Charlotte joined Instagram around 2013. After going viral, she went on to rack up 364k followers (22nd Feb 2020) on the photo-sharing app.

Highly fashionable and style-savvy, the gorgeous Brit loved sharing scenic photos from her travels around the world. Photos from her visit to Amsterdam, Cannes, and Greece featured on her IG.

When Charlotte crossed paths with Kevin Freshwater, she didn’t necessarily delve into her job title. If the viral video said anything, it was that she loved singing.

Performing at parties and events, Charlotte covered popular songs in the past including Celine Dion’s “Love Is On The Way,” Prince’s
“Purple Rain,” “Somewhere Over The Rainbow” and Sia’s “Chandelier.”

Upon listening to Charlotte sing, one can’t help but conclude that she was a trained singer.

Was The Subway Run-In Staged?

Days after going viral, Charlotte Awbery’s name was still popping everywhere on social media. A conspiracy theory was spawned as a result.

Sick of the viral singer on their feeds, some people on the internet began to suspect a foul play and question the authenticity of Charlotte’s virality.

The said doubters’ belief – that the whole incident in the subway was staged – only grew stronger when Instagram handed Charlotte a blue check.

As of February 2020, there didn’t exist any evidence which would suggest that Charlotte Awbery might be married — or dating, for that matter.

Interestingly enough, Charlotte’s former boyfriends and husband hopefuls weren’t featured on her Instagram. Neither were any possible romantic partners.

Charlotte, however, didn’t mind seeing friends and family get hitched. Wedding and baby shower photos made up a large chunk of her IG posts.

Competing in “America’s Got Talent,” Roberta Battaglia became a household name in 2020....