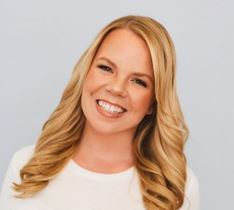 Cassandra Aarssen identified as an organizing junkie. What’s more, she gained fame because of her YouTube channel “ClutterBug.”

Keep scrolling and read about Cassandra’s wiki info such as his age, net worth, and weight loss. Moreover, discover her weight loss, height, and husband!

Furthermore, the YouTuber-turned-TV host celebrated her birthday on 29th December.

Corresponding to her date of birth, Cassandra was born a Capricorn.

Back in October 2018, Cassandra Aarssen uploaded a photo of her trip to Costa Rica. From what we could gather, her parents and siblings were there.

Also, Cassandra admired her mom very much. On 2020 Mother’s Day, she penned a sweet tweet that read:

“Happy Mothers Day to all the wonderful mothers out there who selflessly care for their families every day. It’s the hardest but most rewarding work I’ve ever had the pleasure of doing.”

Interestingly, Cassandra wasn’t a native of America; she hailed from Canada.

In 2020, Cassandra Aarssen shared her experiencing losing 100 pounds in 6 months. She even labeled her weight loss journey a bitter-sweet experience. In Cassandra’s own words:

“What is losing 100 pounds in 6 months really like? It’s not noticing a real difference until you see an old photo or try on new clothes. It’s feeling happy about going from a size 18 to a size 8, but being sad that you still have rolls and flab anyways. It means less back and knee pain, but more wrinkles and hair loss. It’s amazing and terrible all at once. It’s realizing that your weight doesn’t change how you see yourself at all, it only changes how others see you.”

Looking leaner in less than a year, Cassandra began flaunting her measurements. Furthermore, she owned around 5 feet 6 inches in height.

By her admission, Cassandra was a born slob and a messy person. Upon discovering an organizing system, her life changed.

Moving away from the traditional methods, Cassandra developed several approaches fitted for the present.

Via her website, Cassandra even provided keen fans an opportunity to understand their clutter styles. By taking a quick test, one could immediately fall under one of the four categories named ladybugs, crickets, butterflies, and bees.

Furthermore, interested individuals could take a course for $49 with Cassandra and become an organization expert.

Considering her resume, it was only right HGTV would hire Cassandra to host its show “Hot Mess House”. About his apperance on the show, she had said:

“What I tell my clients is, ‘You’re not disorganized—you’re just not organizing for your unique style’. But together, no matter the space, or what’s filling it—I will help you take back control of your home and your life. It’s so important that we let go of the past, so that we have room for the future.”

According to reliable sources, Cassandra Aarssen’s net worth revolved around $800 thousand.

As of 2020, Cassandra Aarssen was a married woman. Also, she took pride in being a mother of three kids — two daughters named Isabella & Abigail and a son named Milo.

Cassandra married her husband Joseph in the Spring of 2006. April 2020 marked their 14th wedding anniversary. Back in 2017, she shared a photo of Joseph kissing her on the forehead from the big day.

As a couple, Cassandra and her husband embodied relationship goals. With their kids, the married duo represented family goals. 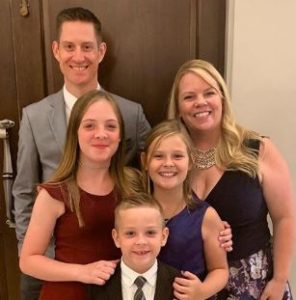 Amongst numerous social media platforms, Cassandra Aarssen was most popular on YouTube. Having joined the platform in Jan 2013, she had accumulated 425k subscribers by late-June 2020.