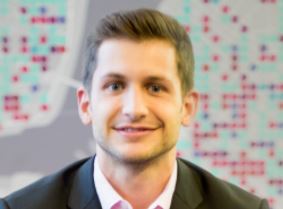 Carter was first introduced to the world through Danica’s IG dated April 16, 2021. Over the shared picture, Carter was captured kissing Danica on the cheeks alongside a short caption, “Beach workouts are fun for one, but better with you…”

So, who is he? Learn more as this Carter Comstock Wikipedia proceeds.

Carter Comstock was reportedly born in 1987. That made him 34 years of age in 2021; five years younger than Danica. Just in case you are curious, Danica celebrates her birthday on March 25 and is of the Aries zodiac.

Carter Comstock comes from a family with a lot of dietary sensitivities and intolerances. This was the reason why his dad, Dr. Frank Comstock M.D. chose a profession as an E.R. physician for over 30 years and wanted to help people achieve optimal health.

According to Carter, his father went to get board-certified in Age Management Medicine, focusing on the latest nutrition, hormone, and supplement information. Then, he opened his own wellness practice and helped people optimize their health and longevity. Through all this process, Carter “felt momentum and became infatuated” with his dad’s works. Thus, he finally became obsessed with health and wellness.

In 2021, the 62-year-old Frank was working at his own clinic in Tucson, AZ called “Lifestyle Spectrum: Dr. Frank Comstock”. He was most known for his expertise in anti-aging, hormone therapy, nutritional supplements, weight loss, and wellness coaching. Also, he wrote a book called “Anti Aging 101: Course Manual: A Proactive Preventive Health Care Program.”

Talking about his siblings, Carter has a sister named Kerry Wystrach. She was a “outfits, decor inspiration, kids’ favorites” seller, who garnered 10.2K followers over IG in 2021. As of then, she was married to Michael Wystrach, and they together shared a beautiful kid named Elle.

Carter Comstock stands tall at a height above 6 feet (182 cm).

His distinct features include – a huge dimple over his left cheeks as he smiles.

As of April 2021, Carter entertained 504 followers over his Instagram (which was kept private then).

Yes, he is rich! Carter was the co-founder and chief innovation officer of Freshly. He alongside his brother-in-law, Michael Wystrach opened the company back in July 2012. According to him, he founded the company, inspired by his father, with a goal to help people achieve optimal health through nutritious meals.

But originally, it was Michael’s idea. He tried his father-in-law’s nutrition plan and it worked for him, so he got his friends to try it and it worked for them as well. Finally, he had this idea to commercialize the product and called Carter. “He convinced me to do it,” Carter said.

At the start, the duo worked out of the family restaurant, cooking meals and delivering them to clients. Soon, as the words spread, the company picked up the pace.

In October 2020, Freshly was acquired by Nestlé USA for $1.5 billion — $950 million, plus potential earnouts of up to $550 million based on future growth.

As for Carter’s education, he studied Business Management at the University of Arizona, Eller College of Management, and graduated in 2009.

Trivia: Michael went to the same college as Carter for his finance degree and graduated in 2002. Apart from Freshly, he was also a board member of Highland Transcend Partners in 2021.

Carter Comstock might be first introduced to the world as Danica Patrick’s boyfriend in April 2021, but they seemed to have been linked a year before that. 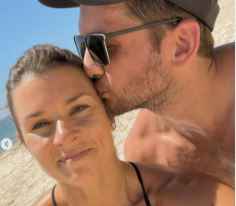 Just after Danica’s split with her 2-year-long boyfriend Aaron Rodgers in the summer of 2020, Danica and Carter both invested in Beam — a wellness brand that sold organic CBD. Reportedly, they were co-investors in the part of a $5 million seed investment in Beam in April 2020.

Danica’s ex Aaron then went on to date the actress Shailene Woodley, and following Feb 2021, the two were engaged.

Later in April 2021, Danica spoke up about her split with Aaron on an episode of Running Wild With Bear Grylls. She said,

“I think we learn the most about ourselves through relationships, but there’s nothing like heartbreak to really throw you in the deep end of that. But I’ve learned a lot, and as broken open as I was on the sad end, I have felt so much joy in so many more instances and so many more unlikely places than I ever have, so it’s like my heart got broken open to both ends of the spectrum.”