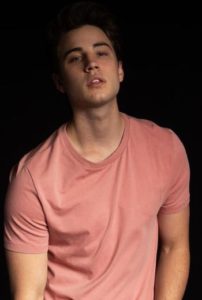 In May 2020, Netflix premiered its romantic drama Sweet Magnolias created by Sheryl J Anderson. The series explored the lives of three friends growing together while they deal with relationships, family, and career.

Among the several casts who took the spotlight, singer/songwriter/actor Carson Rowland turned heads with his appearance on the show. With his popularity, fans of the show searched for his background and where he came from.

This wiki-article is created around the life of Carson Rowland while addressing his career in entertainment, dating status, and a rumor of him being a closeted-gay.

Carson Rowland was born on 3 November 1997. He turned 22 years old while celebrating his birthday in 2019.

Per the actor’s date of birth, his zodiac sign is Scorpio.

William Rowland and Lorri Anne Rowland had Carson as one of their four children. Though no further information on his mother made to the public, his father held the profession of a physician specializing as a family practice.

Connor Rowland, a piano player, is the eldest of the bunch. He graduated from Calvary Christian Academy and joined Palm Beach Atlantic University where he joined as a player of the college’s baseball team.

Also, Carolynn Rowland, his twin sister is a ballet dancer. She is also garnering major attention on Instagram with over 18k followers at the same time.

Whereas, Catherine Rowland, the youngest member of the family, also excelled in Ballet dance. Like Carolynn, her social media reach has seen an attractive growth.

The handsome hunk’s dark hair and a light complexion that go along together aided his appearance. Furthermore, his pearly white smile had young women falling for him.

Having talented siblings outperforming you in every aspect might be hard. And chances are you won’t be noticed if you have all three siblings doing more than well.

However, Carson Rowland never related to that life as he was quite a catch.

He was homeschooled along with his siblings as a child. However, his desire to experience school as an ordinary child got him enrolled in a private school where he studied from 8th to 10th grade.

Later, he went on to attend Florida Atlantic University after graduating high school. He scored and maintained a 4.0 GPA while he earned his Bachelor’s degree in neuroscience.

Though unaware, Carson bred multiple attributes necessary to be an entertainer. His love for music further cemented his prospective career in entertainment, which he was too young to comprehend.

Later on, he signed up for a theatre class in the private school which he joined. From there on, everything changed for him giving him clarity on what he wanted to do as an adult.

Keeping acting as a priority, he also pursued a career in music. Initially, his brother Connor lent his hand to help Carson compose his music.

As a child, Carson’s parents enrolled him for piano lessons followed by guitar lessons. He tirelessly played those instruments out of sheer passion which he had as a young enthusiast.

Later on, he worked alongside Dream Killer co-star Taylor Castro to create more music. Together, they wrote five songs and recorded three of them.

He later signed to PMA Records LLC under which he created most of his music. On 19 March 2020, Carson released his debut single Game. The song explored his experiences in past relationships.

Furthermore, Carson announced the title of his debut EP to be YOU KNOW WHO YOU ARE.

Though frequent collaborators Carson Rowland and Taylor Castro were deemed to be in a relationship, they were no more than professionals and close friends with the shared love for music and acting. 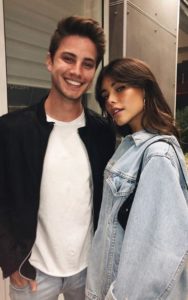 Carson and his girlfriend Madison Beer together in July of 2019 (Pic: Carson’s Instagram)

Carson is enjoying a romantic association with his girlfriend Maris Kenny. In February 2020, the dating couple celebrated their first Valentine’s day together.

To cut to the chase, Carson’s romantic life shuts down baseless rumors of him being gay.