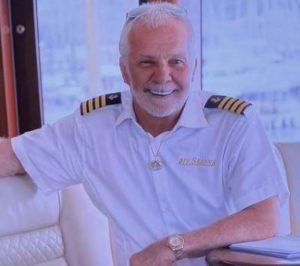 Born and raised in landlocked Michigan city, Lee Rosbach must have been through one hell of a ride before he became the Captain Lee Rosbach on Bravo’s reality television series Below Deck.

The show has come a long way since its debut circa July 1, 2013. And so has Captain Lee who captained the superyacht every season since its first release.

Below is a wiki-writing about him.

Captain Lee Rosbach is from his hometown of Saginaw, Michigan.

Speaking of family, Lee’s father Harold Rosbach passed away on July 9, 2002. Lee actually shares the same name with his father who went by the full name Harold Lee Rosbach. Harold used to be a veteran of the United States.

Further, Lee grew alongside his six siblings. And he was the second eldest born to his parents.

Appearing much younger than his actual numbers, Captain Lee Rosbach stands above 5′ 10″ being and a lately reported weight of under 86 kg or 190 lbs.

Captain Lee Rosbach’s Below Deck journey started sailing yacht Honor in season one. He then went on to command a dozen of superyachts: Ohana, Eros, Valor, My Seanna, meeting new cast members and making more fans each season.

Captain Lee discovered his never-ending love for the water while managing restaurants in Turks & Caicos. At the time, he landed an opportunity to serve as a mate on a sailboat delivery. This led him to obtain his Captain’s license at 35. And, so he left the restaurant business behind, instead, pursuing a career of commanding superyachts.

Then one day, he received a phone call that said some TV network wanted to do a TV show on the boat, that they want to charter it for six weeks, and all he was required was to go down to St. Maarten and drop the boat off. And, so happened Below Deck and Captain Lee a forever name attached to it.

Having been in the industry for nearly four decades, Captain Lee was reported paid $95K–$130K as his yearly salary from Below Deck.

While the other trusted reports estimated his net worth to be standing somewhere between $800K–$1 million (before Feb. 2021).

Even though his obituary read: “he passed away in the comfort of his home”, it was a tragic passing. Especially for Lee and the family who lost their beloved one to an accidental drug overdose.

On Feb. 5, 2021, talking to Ellen DeGeneres on her celebrity talk show, Captain Lee for the very first time reflected on Joshua’s passing. He stressed discussing the importance of speaking out about deaths by accidental overdose.

“It’s the elephant in the room that people don’t want to confront, and I just think it has to be, even though it makes you extremely uncomfortable and [it’s] very painful to do so…Somebody has to step up.”

Lee even got his son’s face tattooed on his chest.

The Fort Lauderdale, Florida residents Captain Lee and his wife Marry Anne Rosbach have been married since 1975. Each year, they seemed to have celebrated the anniversary of their wedding with equal enthusiasm. Following Lee’s love for sailing, the pair traveled the world together and spend most of their married life on the sea. Also, they spend a significant amount of their lives fundraising for charity organizations, especially the ones dedicated to helping kids. 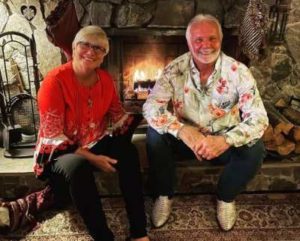 In an Instagram video Captain Lee posted on his wall on the occasion of their 45th wedding anniversary, Mary was captured speaking:

“Wow the time has flown by. We’ve made it through all the ups and downs. The happy times, recently the very sad times, and I think the best thing about getting through and having a happy marriage is that you always have your best friend by your side, no matter what.”

Lee also went on to share a rare throwback wedding photo, of them, writing,

“45 years ago today I had the honor and pleasure of marrying my very best friend in the world. To my bride: I love you more today than ever before. You’re the best there is. I love you special.”

Besides late-Joshua, the couple is the parents of their four more kids: Sherri Ryan, the daughter, and sons: Glen, Sean, and Eric Rosbach. By now, all of Captain Lee’s kids are married with children.