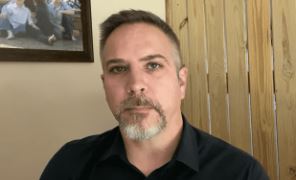 The former pastor, Byron Yawn was confirmed of having an affair with Ben Zobrist’s wife Julianna Zobrist in June 2021. Moreover, he was also going through court for allegedly defrauding Ben’s charity at the time.

So, while we wait for the verdict to pass, let’s take a time out to delve into Byron Yawn Wikipedia.

Byron Yawn was still working as a pastor and an elder at Community Bible Church in Nashville, where he first met Julianna Zobrist and her husband, Ben. Slowly, Byron and Julianna then started talking daily through burner phones in 2019, and their intimacy only began a year later.

Getting a hint about the “relationship” developing between the two, Byron’s wife Robin Yawn immediately informed Ben. However, it wasn’t until June 2020 when Ben figured that his wife and their pastor had a sexual relationship. In May 2021, Ben then filed a lawsuit against Byron and sought $6 million in damages from the former pastor.

Previously, Ben also filed for divorce with his wife in May 2019 and Julianna Zobrist filed a counter-complaint in March 2020 (which was still pending as of 2021). If you don’t know the two were married in 2005, and have three children together.

What is more interesting is that Byron was the one who counseled the Zobrist couple in 2019. He also previously helped Ben in 2016 in dealing with his anxiety and depression.

Byron Yawn was born on March 4, 1970. That made him 51 years of age in 2021; fifteen years older than his partner in crime, Julianna Zobrist.

As per his birthday, Byron is of the Pisces zodiac.

Byron Yawn had a tumultuous childhood. His parents were separated while he was just a kid, or as he said, “abandoned” by his biological father. But his mother soon remarried, and his step-father came as a savior, pursuing him with the love of Christ.

Information about his siblings wasn’t available.

Byron Yawn’s net worth was esteemed to be under $1.5 million in 2021. But we can figure that just being a pastor wouldn’t earn him such assets. So, what else did he do? Well, he was also the CEO of a consulting agency called Forrest Crain & Co.

As for his time as a pastor, Byron was affiliated with the Community Bible Church in Nashville. He used his personal relationship with the Zobrist family to get himself up to the ranks of Patriot Forward and even became the group’s executive director. But after the scandal, the church cut every tie with him.

Also, a few of his net worth could be linked to his fraudulent done to donations received by the Community Bible Church (especially from Ben Zobrist). Reportedly, Ben donated between $10,000 and $15,000 specifically to the Yawn family for a pastoral trip, and $10,000 each month to the church.

In light of his education, Byron graduated from a local high school and went on to join Mississippi College to study History and English.

Byron Yawn and his wife, Robin Yawn were high school sweethearts. The two grew up and down the street from each other in their hometown Mississippi. Sharing faith in Christ, they always knew that they were compatible but that didn’t seem to be the case at all.

Moreover, ever since their marriage, the two maintained a Gospel relationship.

It was also Robin who first figured that there was something sketchy going on between her husband and Ben’s wife. However, she then convinced herself that they were only having an emotional relationship, but nothing physical.

Also, Robin is a year younger than Byron and shares the same birth month as him.

After the allegations, Byron Yawn and his wife, Robin Yawn also allegedly engaged in marital counseling sometime in 2019. So, perhaps they worked things out? After all, forgiveness is considered divine. However, we aren’t 100% sure that Byron and Robin were still married.

The two were last spotted together while selling their Nolensville property for $546,000.