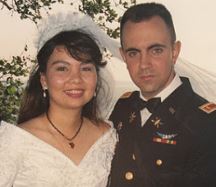 Bryan Bowlsbey is the husband of Tammy Duckworth — a U.S. Senator from the state of Illinois.

Our Bryan Bowlsbey Wiki provides everything you need to know about Tammy Duckworth’s husband.

Who Is Tammy Duckworth?

Before getting into Bryan Browlsbey, let’s read about Tammy Duckworth.

In 2017, Tammy began serving in the United State’s senate. Previously, Tammy represented the state’s 8th district in the U.S. House of Representatives. Before that, Tammy served as the Assistant Secretary for Public and Intergovernmental Affairs in the U.S. Department of Veterans Affairs, and Director of the Illinois Department of Veterans Affairs.

An Army veteran, Tammy served as a helicopter pilot in the Army and retired in 2014.

Bryan kept the info about his siblings and parents to himself. The anonymity extended to his ethnicity. However, everyone knew Bryan was born an American.

For a Bachelor’s degree in Military History, Bryan attended the University of Maryland at College Park. In 2012, Bryan graduated from Webster University with Master’s Degree in IT Management.

Like his wife, Bryan also served in the military. As of 2020, he was a major in the Army National Guard and the JRSS Migration Manager at VAE, Inc at the National Bureau. Between 2008 and 2011, Bryan Engineering Lead for Service Design at ARNG-IMN-O.

From all his jobs, Bryan Bowlsbey owned over $0.80 million in net worth. A man of great assertion, Bryan stood beyond 6 feet 1 inch in height.

Per online reports, Bryan Bowlsbey and Tammy Duckworth met as students at George Washington University. In his first interaction with Tammy, Bryan left a bad impression. Tammy once shared:

“He made a comment that I felt was derogatory about the role of women in the Army, but he came over and apologized very nicely and then helped me clean my M16.”

After dating for more than a couple of years, Bryan and Tammy got married. What’s more, February 2020 marked the duo’s 27th wedding anniversary.

12 years into their marriage, Tammy got into a helicopter accident. The doctors would amputate both of her legs. Unfazed, Bryan stood by her and became her go-to person.

Not once did Bryan think that Tammy wouldn’t survive. With assistance from the hospital staff, he learned the ways to help Tammy go back to her normal life.

As Tammy recovered in the coma, Bryan sat by her site. He and the doctors were the first to break the news of her legs to Tammy. According to Bryan, Tammy recieved the tragic news with poise.

In 2014, Bryan and his wife became first-time parents with the arrival of their first child — a daughter named Abigal. Four years later, their second daughter Maile was born. Moreover, Maile got her name from Tammy’s great aunt who was a nurse in the 2nd World War.