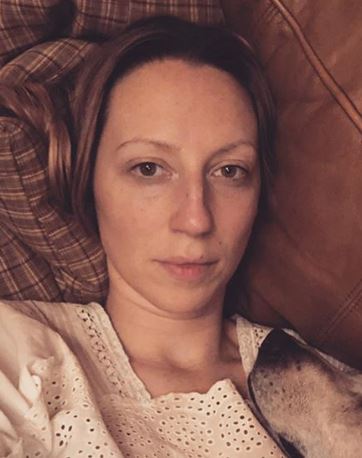 The American actress, Anna Konkle is a creator and a star of the cringe-comedy PEN15. The show’s season 1 was created by Anna Konkle alongside Maya Erskine and Sam Zvibleman and premiered on February 8, 2019, on Hulu.

So, while we can see Anna making her way through the perilous world of middle school friendships, was PEN15 based on a true story? Reportedly, the show was a heightened comedy that blended the real-life details with farcical situations, inspired by Anna and Maya’s lives.

Get to know more about the similarities of Anna Konkle’s real-life with the show as you tag along with this short bio. Moreover, get to know her family, boyfriend, and husband as the article continues.

Appearing as two 13-year-olds on the show, Anna alongside Maya were actually in their early 30’s in 2021. The makeup family worked their best — strapping down their breasts, giving them “furry brows”, and avoiding using any cover-up to let all the pimples and wrinkles show.

Also, Anna had to wear a set of prosthetic wire braces for her character. She shared that it reminded her of the time she had to wear braces in sixth grade. She added,

Furthermore, Anna Konkle’s parents were divorced when she was just a teenager. Portraying the experience of watching her family’s relationship crumble, Anna was able to give the show a piece of her life.

“Weirdly, one of the hardest or strangest moments, or more emotional, was doing scenes before (Anna’s parents’) divorce happened. Going back to this house that’s based on my semi-real experience growing up with doctored pictures of the parents and me…that was weird.”

Unfortunately, Anna’s father lost the battle with lung cancer and passed away on November 16, 2019. Anna took it to Instagram to mention that she was with him when he closed his eyes into a coma. He knew how much she loved him, despite his inability to respond, and passed away peacefully.

According to “ethnicelebs.com”, with full-name “Anna Elizabeth Ryan Konkle”, Anna Konkle is of German, English, Irish ethnicity. But an article in “Heyalma.com” suggested that Anna is of Jewish ethnicity as well.

Anna was working out routinely to maintain her body measurements. She had a tough job to be able to look 13 while she already past 30.

Making her way through her teen days, Anna grew up in a coastal town in Massachusetts. While she wasn’t much influenced by other celebrities, she developed a liking for Justin Timberlake. Also, she was into Winnie the Pooh and had its pictured bedding at the time.

Anna Konkle’s net worth was estimated to be $1.25 million.

You may like – Linnett Key Wiki: Tough As Nails, Husband, Kids, Height

As of May 2021, Anna Konkle was engaged to Alex Anfanger. Therefore, Alex was her to-be husband and not a boyfriend.

While Alex first appeared on Anna’s Instagram in late 2016, they seemed to have dated before 2015. Since then, Alex was often seen with Anna attending the events and parties together.

Also, Alex uploaded the first picture of Anna over his Instagram back in July 2015. The two of them were out camping in the woods. 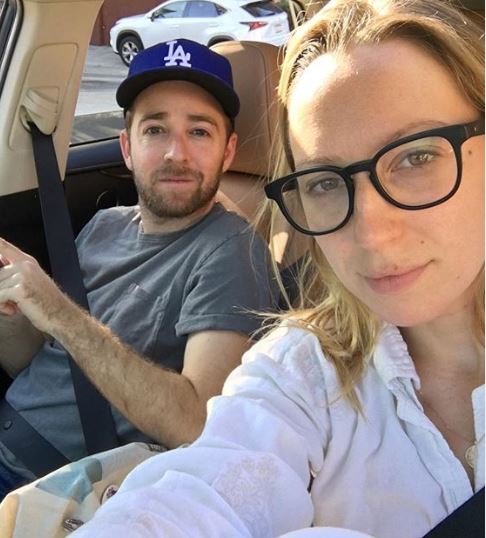 Furthermore, Alex Anfanger was first confirmed to be Anna’s boyfriend back in 2016. He took it to Instagram tagging Anna with a caption, “I knew I was dating the devil. Now I have proof”. At the time, Anna had just hit 666 followers on Twitter.

Surprising everyone, in Jan 2021, Anna announced she was 9 months pregnant and expecting her first child with Alex. About 3 months earlier, her co-star, Maya Erskine had announced her pregnancy to the world.

In May 2021, Anna revealed she and Alex had welcomed their first child, a daughter named Essie Wunderle Anfanger, earlier that year. Also, in the same Vogue interview, Anna hinted they had gotten engaged.