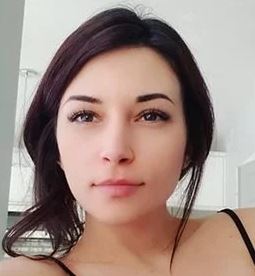 In late-2020, Twitch streamer Alinity Divine became the talk of the internet after suffering a wardrobe malfunction. By all measures, the incident seemed accidental.

As seen by many on live, Alinity unintentionally bared her breast as she tried to remove a pillow from under her shirt. Upon realizing what had transpired, the beloved streamer uttered: “Oh My God” continuously.

Fearing a ban from Twitch, Alinity removed the video immediately. Still, the clip went viral. Although the streaming platform didn’t deem the malfunction intentional, she went on a self-imposed 3-day ban.

For an in-depth look into her family life and net worth, let’s explore Alinity’s Wiki details. Moreover, discover her boyfriend, height, and ethnicity.

According to Alinity Divine, she grew up in a supportive family. Admittedly, the controversial streamer’s parents got her into gaming.

A South American export, Alinity possessed Colombian ethnicity. She was born on 10th January 1988 in Cali, Colombia. Later, she found a home in Canada.

Coming to her relatives, Alinity was siblings with a sister named Valentina Mogollon. Active on TikTok and IG, Valentina was a constant fixture on Alinity’s social media.

Pre-social media fame, Alinity worked in the medical sector. She reportedly graduated with a nursing degree.

Per her December 2015 tweet, Alinity Divine stands five feet and three inches in height. Sensitive about her apperance, the social media star claimed she was the tallest female in her family.

Talking about her social media reach, Alinity Divine was a popular figure on both IG and Twitter. On the latter, she owned 304k followers (April 2020). Meanwhile, around 118.2k followed her on Twitter while some 150k people subscribed to her YouTube channel.

Alinity’s Twitch, however, garnered the most following.

From her career as a social media star, Alinity Divine gathered quite a fortune. Several publications cited her net worth to be around $800 thousand.

Known for her provocative content on Twitch, Alinity faced a fair share of beef and controversies. While misogynistic men asked her to get a real job, fellow social media stars shared a similar belief.

In early-2019, PewDiePie labeled her “a stupid Twitch thot.” When the YouTuber apologized for his remarks, Alinity didn’t accept it and accused him of playing the victim. What’s more, they never reconciled.

Alinity was in a hot seat for a different reason in 2018. She allegedly kicked her dog and fed her cat vodka. Accusing her of animal abuse, a petition was started for Alinity to be banned from Twitch. The campaign went on to collect 50k signatures.

By 2020, Alinity had yet to take the giant leap of faith and become a married woman. However, there existed many suitors who were willing to be her boyfriend.

For her part, Alinity occasionally took to her social media and joked about dating experiences. In one instance, she called a dog “my future boyfriend.”