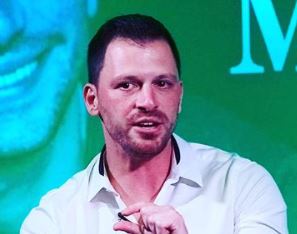 Albie Manzo, from the famous Manzo household, stood by his mother’s side amidst the feud between estranged sisters, Caroline and Dina Manzo. And obviously, his aunt Dina wasn’t going to let it slide.

Days after criticizing Caroline on Instagram, she commented under a post that her nephew (Albie) was just trying to make a “profit” on his podcast over the family drama. According to the screenshots of the conversation obtained by a fan, Dina wrote, “Ohhhh shocking… going to speak about it on his podcast for the downloads. Unfortunately, this will just be a ‘storyline’ to profit from. What a shame.”

So, the drama reminded us that it’s been quite a while since we last saw Albie after Manzo’d with Children ended in 2016. What was he up to? Does he have a wife? If not, who is his girlfriend? Stay till the end of this Albie Manzo wiki to find out.

If you were a fan of Bravo’s spin-off of Real Housewives of New Jersey — Manzo’d with Children, then you certainly know all about Albie Manzo’s family.

His mother, Caroline Manzo is a regular cast member on RHONY who married Albert Manzo in her early 20’s. They then went on to have three children together, namely, Albie, Christopher, and Lauren. This also goes to say that Albie has two siblings.

As for Albie’s aunts and uncles, there are nine of them. Yes, Caroline grew up with her nine siblings in New Jersey. Among them, Dina Manzo was the one Albie and his mother had been estranged from.

Just in case you didn’t know, the 2021 feud between the two sisters was the result of Caroline supporting Dina’s ex as he awaited trial for allegedly hiring a hitman to attack Dina’s current husband, David Cantin, back in 2015.

His distinct features include his attractive smile and a ripped body. But Albie wasn’t always so fit! It was only at the beginning of 2016, he got inspired to kick-start a major fitness change.

The reality star mentioned he was not “happy with where things were going.” So, he signed up for Core Rhythm Fitness and cut off 7 to 8 points of body fat within eight weeks.

Albie Manzo Job: Did He Ever Become A Lawyer?

Albie Manzo may have a learning disability, but he was determined to be a lawyer. Moreover, even his mom asked him to go for it anyway and become an attorney. But Albie flunked out of Seton Hall law school, acquiring a GPA of 1.9. He never became a lawyer.

Instead, he got into Fordham University as an undergrad and received his bachelor’s degree in business in May 2008.

Albie Manzo flaunted a net worth of under $3 million as of 2021.

Talking about his career, the reality star initially worked with his brother Chris in the restaurant Little Town New Jersey and BLK beverages. Later, he went on to create a brand development company called The New Star Group which invested in several different ventures, including getting involved in cannabis in Colorado.

But Albie is most popular for his podcast Dear Albie — present on all platforms including apple podcasts.

Albie Manzo first introduced his girlfriend Chelsea DeMonaco to the world in Dec 2019. Back then, he took it to his IG with a picture of Chelsea sipping wine, captioned, “I heppi now.”

However, his mom Caroline was the first person to hint at their romance during BravoCon 2019. She then let it slip that he “might be getting engaged soon,” but didn’t mention Chelsea’s name.

A few days later Albie introduced Chelsea to his fans, Caroline also took it to her IG to provide her stamp of approval to the couple. She uploaded a sweet picture of the two and wrote, “Nothing better than seeing your children with a genuine smile on their face,”

Since then, the lovebirds have appeared several times over Albie’s IG. Be it a simple dinner or festivals, Chelsea was the cherry topping on Albie’s adventures.

Furthermore, since the two started dating, Albie never forgot to wish his girlfriend over her birthdays. On Chelsea’s 2021 birthday (i.e. on Jan 28), he wrote,

“Wishing a very happy birthday to the greatest person in all the land. Your gift this year is me not posting a video of you using the oculus. Love you a (poop emoji) (🥖 Baguette Bread emoji) Happy Birthday, A!”

Little info about his girlfriend, Chelsea DeMonaco: She is a wood artist who showcased her work at Elysian Embers Collection. Also, as of 2021, she was the brand ambassador for Gea. Co. 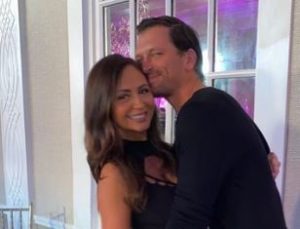 Before Chelsea, Albie was dating Jamie Virginia Rose. Reportedly, the two’s romance began circa Sept 2017 and were separated by Sept 2018. After their break up, both have deleted each other’s pictures from their IGs.

Jamie, as of 2021, was dating the 38-year-old Joe Mancuso for over a year. From the looks of it, the two were very much in love and weren’t afraid to show it over their socials.