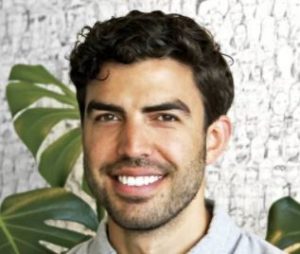 Probably, not the best time to be introduced to the world. But Zachary Habayeb is the boyfriend of Bachelor alum Taylor Nolan.

In March 2021, his girlfriend Taylor was amidst controversy for her racist and discriminatory tweets about the BIPOC, LGBTQ, and mental health communities that she made 10 years ago. Moreover, she was in the possibility to be investigated by the state’s Department of Health, which received several complaints about her past tweets.

So, as Taylor got dragged into the rumpus, her boyfriend Zachary couldn’t escape the fans’ attention either. Thus, here we are easing the curiosity about Taylor Nolan’s boyfriend through this Zachary Habayeb wiki.

Zachary Habayeb was born on March 28, 1992. That made him 28 years of age as his one-year-younger girlfriend fell victim to the controversy in 2021.

As per his birthday, Zachary is of the Aries zodiac.

Zachary Habayeb hails from Toronto, Ontario, Canada, making him of Canadian nationality. As for his family’s ancestry, they could be traced back to either Egypt or Jordan.

Talking more about his family, Zachary has a sister who went by the name “ha_ha_habibti” over Instagram. Her bio wrote, “Probably not a venture capitalist.”

In light of his education, Zachary was an Ontario Scholar with an 87% Average at Gordon Graydon Secondary School (2006 – 2010). Then, he went on to study bachelor of arts (focusing on Economics and Management) at Wilfrid Laurier University. Also, he attended University for Peace (UPEACE) for executive education in 2017 later.

His hobbies were, “reading about startups, dreaming up business ideas,  long-distance cycling, and traveling around.”

As of March 2021, Zachary entertained 4.2K followers over Instagram, and 229 followers over Twitter. His posts were filled with pictures of his lifestyle and travels.

Mentioning his distinct features, Zachary has thick and to-die-for eyebrows, a triangular face, and brown eyes. One can also argue that he looked like the Spanish footballer, Gerard Piqué.

Zachary Habayeb defined himself as a “passionate community builder, connector and entrepreneur.” and said to be engaged with “Community, Startups, Sandbox, Global Shaper, and Traveling Around.”

In 2021, Zachary was working as a community lead for Expa, and as a global shaper for the World Economic Forum. Before that, he worked as a community development manager at Watershed Partners for over 2 years. His work there was to handle community management, sales, marketing, partnerships, and community building.

Zachary Habayeb and Taylor Nolan defined their style of the relationship as “monogam-ish, to be consensually nonmonogamous.”

The two first met at the Fireside Conference at Camp Walden in Ontario, Canada, in September 2019. But they didn’t make their relationship official until August 2020. According to Taylor, though she tried to avoid Zachary at first, she couldn’t resist  “the kindness, the empathy, the attentiveness, the care” that she was always searching for. Moreover, Zachary was interested in poly/open relationships; and so was Taylor.

In an interview, Taylor shared that they plan to get “married legally” someday, but Zachary won’t be the only person she will be having sex with.

Also, the duo hoped to one day share a place in Vancouver.

This might sound odd to you, but Zachary and Taylor celebrated their “sexversary”. On October 26, 2020, Taylor took it to her IG to commemorate their first year “sexversary” and also went on to reminisce about the start of their relationship. She also talked about the “sexcation” (a trip to Montreal) where she knew Zachary “as a lover, a person, and a friend.” 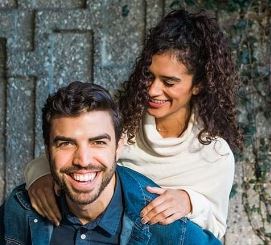 Did you know: Before Taylor, Zachary was in a long-term relationship with Lindsay Maria. The two were often spotted on their trips to Japan, or Hawaii.