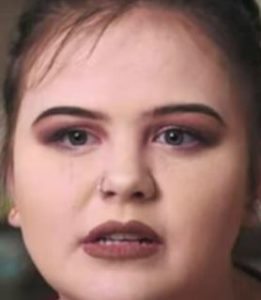 One shouldn’t believe everything that’s presented over a show — This was what Samantha Mason realized after her stint on TLC’s My 600-lb Life.

A week after appearing on the Dec 2020 ep of the show, Samantha took to her Facebook claiming that she was exploited by Dr. Nowrazadan. She shared that she received no help from the surgeon himself and tagged the show as an “abomination”. Furthermore, she promised to “expose” what the show put her through shortly.

Learn in detail about her as this wiki proceeds. 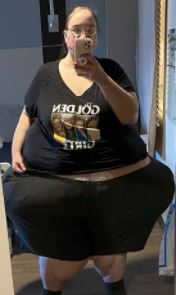 Just in case you missed the surgery, Dr. Nowzaradan teamed up with bariatric surgeon Dr. Amir Heydari, who performed high-risk emergency surgery hoping to save Samantha’s life. After the surgery, Samantha took it to her FB to thank Dr. Heydari for saving her life and recommended “people over 800 pounds” to see him and “see what he did for her and see hope.”

However, on her latter FB status, Samantha wrote that she found her “own surgeon” and she’s “never even been in the same state as Dr. Nowrazadan.” So, if what Samantha claimed was true, Dr. Nowrazadan a.k.a. Dr. Now might not be the one to be credited with her weight loss.

While you may have seen Samantha laying all the time, she is pretty tall while she’s erect. Samantha Mason stands tall at a height of 6 feet and 2 inches (187 cm).

As per her birthday, Samantha is of the Cancer zodiac.

Her favorite quotes were:

Unlike many others, Samantha Mason’s reason for obesity wasn’t innate or any disease. She blames her tragic early life for molding her shape, literally! Her dad was an alcoholic and was abusive toward her mother, and because of this, her parent’s marriage fell apart while she was just five.

After the divorce, Samantha stayed with her father, as her mother went to work at a nursing school to support her family. Then, she began eating for comfort, and just by age 7, she was already 68 kg (150 lbs). She shared that her dad and stepmom restricted her meals and she “didn’t want to be told what to eat”. So, she would rebel by splurging when she was with her mother.

With nothing to keep her check, Samantha soon weighed 181 lbs (400 lbs). Then, she dropped out of high school at 17 because of her size and the unhealthy life continued.

As for her hometown, Samantha hails from Denver, Colorado. Before 2021, she lived alone in her apartment there and defined her religion as a nihilist.

Samantha Mason is a fetish model. She went under the moniker Vanilla Hippo, SSBBW model.

However, Samantha didn’t choose her job. Because of her size, she had no option but to start fetish modeling to make money. She started over a website that catered to people who liked large women and made a living, filming herself eating her favorite foods. “It makes me feel appreciated,” she said.

Talking about her time on My 600-lb Life, it started off depicting Samantha as an 800+ lbs lady living alone in a second-floor apartment where she can barely get herself out of bed. She struggled to get to the bathroom and had most of her meals delivered — it often consisted of Chinese noodles, burritos, and cookies.

But now, Samantha’s life was starting to turn over a new leaf. Through diet and surgery, Dr. Nowzaradan helped Samantha lose over 400 lbs. However, Samantha didn’t want to credit the show with her progress and shared that things were different behind the scene. She alleged Dr. Nowzaradan of exploiting her and shared she would soon reveal the fact.

If you are a fan of My 600-lb Life then you should already know that Samantha Mason is a single mom. She got pregnant at 17 (as soon as she dropped out of high school) and the worst part was, her boyfriend left just two weeks after their baby was born.

Samantha’s daughter, Isabella Elise (Bella) was born on 6th September 2001 in Lamar, Colorado. She went to Lamar Community College and was a chubby girl as well. According to Samantha, Bella was the reason why she got up and exercised (even if she didn’t want to). She added,

“She’s the drive I have to continue moving forward when I want to give up because it’s hard. She’s my hero and the absolute best thing that’s ever happened to me. We are best friends and we always will be.”

Also, Samantha shared that her goal was to reach 110 lbs so her daughter “doesn’t ever have to miss” her.

As of 2021, Samantha wasn’t married and didn’t have a husband.