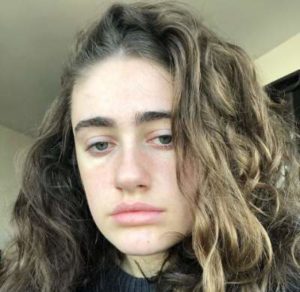 There can never be enough comedy shows in the world!

So, every time a new show drops, viewers are equally excited and trusting that even if the storyline doesn’t meet up to their expectation, they would definitely be getting some good measure of humor.

From all this, what we meant to say was the American television has a new show Call Your Mother. Dropped on Jan. 13, 2021, on ABC, the multi-camera sitcom stars Kyra Sedgwick as Jean Raines, Joey Bragg as Freddie Raines, and Rachel Sennott as Jackie Raines.

So, the writing below is a detailed-wiki of one of the show’s gem Rachel Sennott, who is soaring to a new-kind of fame after having pleased a fair share of stand-up comedy audiences in the past years.

Rachel Sennott is of Irish and Italian descent. She was raised Catholic by her parents Donna and Jack Sennott in their hometown of Simsbury, Connecticut. And while Rachel relocated to Manhattan, New York, her family still lived there.

Circa 2011, her father with Democratic political affinity, was the vice president, chief corporate strategy officer of Allied World Holdings, Ltd.

Rachel comes from a tightly-knitted big family with four siblings, eldest Katherine, and her younger ones Brian, Anna, and Lizzie Sennott.

As a child, her parents called her “sticky” because she would have this little bit of snot under their nose or her shirt always a little wet or a little stick. And this how she came up with the name ‘treaclychild’ on her Insta-handle, as the words sticky and treacly are synonyms.

Rachel Sennott stands to a via-Twitter-revealed height of 5′ 2″ and a lately reported weight of not more than 49 kg.

Rachel describes herself as “sexy in a weird unconventional dreary way” in her Twitter bio with 137k followers.

She also had an Instagram profile under her full name ‘Rachel Anne Sennott’. Here, she entertained nearly 55k followers.

Talking to Forbes, exactly a year before (2020), Rachel had said, “No one knows who I am, I don’t feel good in my career so I am going to put concentrated effort into something I can control (jokes on Twitter)”.

A year later, as she secures a recurring main role on ABC show she too must have felt the up-and-rise in her career.

Comedian and actress, she is best known for her online Comedy Central series with Ayo Edebiri and for playing Danielle in the film Shiva Baby.

Besides, she also appeared in HBO’s TV show High Maintenance and was named one of Time Out NY’s top comics to watch in 2019.

This way, for someone who likes juggling multiple projects, Rachel Sennott saved $200 thousand and counting net worth in early 2021.

Apparently, Rachel Sennott got into comedy, thanks to a boy she dated in her freshman years of college. She was dating this guy who said he was a stand-up, and all he really did was open mics. So, she went with him to an open mic. It was those times when did not at all know what stand-up was really. She kept going because she thought it was really fun. And eventually, although she stopped calling him her boyfriend, the relationship surely drove her to pursue a career in comedy.

And, now, when she is out there on the stage, making people laugh, although men and relationships are not really the focus of her routines, she take them as references.

Careful to not give away her relationship status would make jokes on the likes of “My boyfriend won’t stop talking about Dua Lipa it’s like ok I have brown hair too….”. Sometime around Dec. 2020, she also started to mention a “new boyfriend”. And, while she never revealed his identity, anyone glancing through her tagged posts on Instagram might already have noticed actor Logan Miller posting pics of them together. 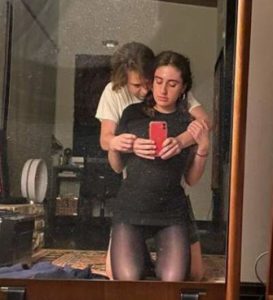 Logan, known for his works in Love, Simon and Escape Room, and Rachel seemed pretty cozied up in the picture from Logan’s Insta-wall on Dec. 12, 2020. The caption to the snap read: “2 cuties & a mirror”.

But again, this did not confirm they were dating each other.

Just so you know, Rachel who has constructed a brand for herself online had said,

“My comedy on Twitter is very personal and a lot of it is messy and emotional, but I also want people to know that I am not insane or any more insane than anyone else. It’s true and personal, but I exaggerate for the purpose of being funny.”